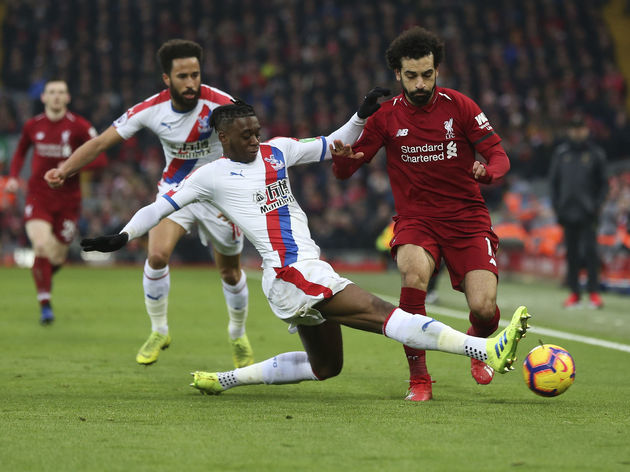 "Mo Salah went down with no contact from Mamadou Sakho," Clattenburg wrote in the ​Daily Mail.

Referee Clattenburg is one of the world's most respected officials and has officiated some of the world's top games, including the 2016 Champions League final and the UEFA Euro 2016 final.

Despite not claiming for the foul during the incident, Clattenburg believes this is all part of the technique the current ​Premier League top scorer uses in deceiving referees into awarding the foul.

"It's irrelevant that he did not appeal for a penalty, because he was trying to deceive referee Jonathan Moss, who should have issued a yellow card.

"One thing I have noticed is that when ​Salah goes down to try to win penalties, his hands go above his head," he explained.

"Salah was accused of going down easily to win penalties against ​Arsenal and ​Newcastle. In all these situations, he has no chance to score, so it seems he prefers to try to win a penalty."

Clattenburg went as far as to suggest the 2018 PFA player of the year award winner coerces referees to award penalties in order to prop up the Egyptian's goal tally.

"As he is ​Liverpool's penalty taker, he will know winning a spot-kick means he has a free shot at goal. He is then likely to increase his chances of winning the Golden Boot."

Salah has scored 16 league goals so far this season; three of those have come from the penalty spot.