​In one of the strangest moments of the 2019/20 ​Premier League season so far, ​Sadio Mané threw a strop after being subbed off in Liverpool's 3-0 win against Burnley on the 31 August.

The ​Reds were controlling the game and were 3-0 up thanks to goals from ​Mané and Firmino, when the Senegalese international was subbed off and threw a massive hissy fit. It didn't seem to make much sense.

It transpired that Mané was angry at teammate ​Mohamed Salah for not squaring the ball when it appeared Liverpool's no.10 had an open goal. Both Klopp and his two forwards played down any news of a falling out in interviews after the game. 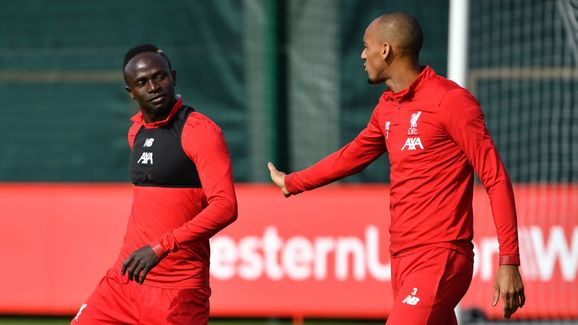 But now, Liverpool's Brazilian midfielder ​Fabinho has shed more light on the incident and what really happened between two of Liverpool's famed front three.

Speaking to the ​Strait Times of Singapore before Brazil's friendly game against Senegal in the island city-state, when asked if the two remain friends, Fabinho said: "Of course.

"After you know, they joked in the dressing room and spoke normally. They are very good friends.

"In the moment in the game, things can get heated but it's not the first time and won't be the last time. It's okay." The game between Brazil and Senegal ended in a 1-1 draw, with Mané playing a part as he won the penalty for Senegal which drew them level just before half-time.

It seems, then, you shouldn't read too much into what footballers do on the field of play. If anything, this instance highlights how hungry ​Liverpool players are to score more goals and push for that Premier League title they so desire.

For now, all three players mentioned are on international break, and Liverpool fans will be hoping that none of them suffer injuries.

Liverpool return to Premier League action when they travel to their arch rivals Manchester United on 20 October.