​It was a Sunday evening to remember for the Reds. A victory under the floodlights of Anfield against their fiercest title rivals Manchester City, and of course, an eight-point lead at the top of the table...has that been mentioned yet?

The weekend's clash was played at a frantic pace, the true definition of a heavyweight clash between two sides who love to have the ball at their feet. It was an encounter of the highest quality involving some of the best players in the world, but there was one player stood out above the rest - Fabinho. 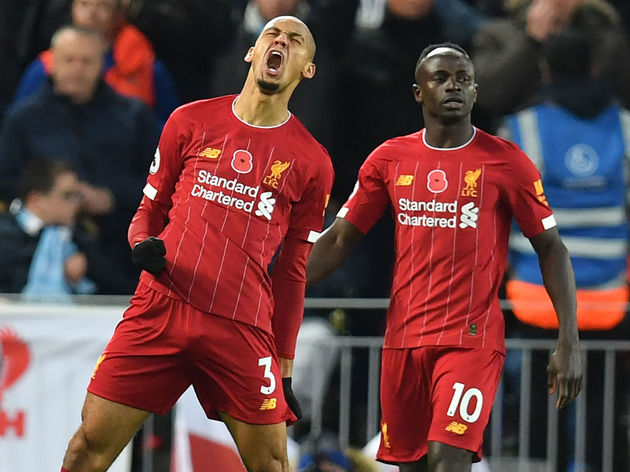 It took Fabinho a long time to adjust to life in England. The Brazilian made his £40m move from Monaco back in July 2018, and while Liverpool knew they were acquiring an incredible talent, Jurgen Klopp felt the need to slowly bed the midfielder into the side. His debut came in a 2-1 home defeat in the Carabao Cup to Chelsea in September of that year, and Liverpool's new signing looked, in truth, fairly out of place.

Fast forward to Sunday, and it is now clear for all to see just how crucial ​Fabinho has become to the way Liverpool operate.

He is the defensive-midfielder Liverpool have been crying out for.

The 26-year-old was named man of the match for the incredible shift he put in against City, and it was his stunning strike within six minutes which helped ​Liverpool assert their dominance.

His celebration - in which he pointed to his wrist - suggested that it was about time the midfielder got his name on the scoresheet. In fact, his worldie against ​Man City was only his second goal for the Reds since joining the club over a year ago

Sum it up with a GIF... pic.twitter.com/4KGiZV2pj8