​Sky Sports pundit Gary Neville has claimed that Divock Origi is the perfect man to have in the Liverpool squad, after the Belgian put in a brilliant performance against Norwich on the Premier League opening day.

Origi started for Liverpool last night after Sadio Mane was deemed not ready after returning late from the Africa Cup of Nations. However, the Belgian proved to be more than an adequate replacement for the Senegalese. 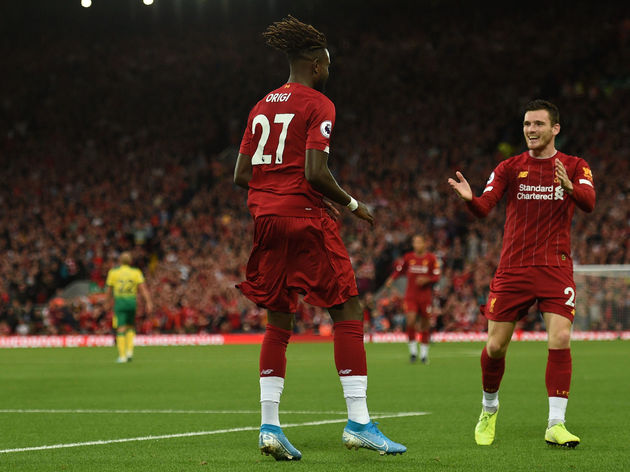 The striker was a real livewire all night, setting up the first goal with a wicked cross before tucking away a neat header for ​Liverpool's fourth of the night.

Neville, speaking before the match on Sky Sports, was keen to explain why he believes ​Origi is now a crucial member of the side.

"There’s a real difficulty for Liverpool," he said, "as they have three great strikers and any striker coming here for £50m or £60m would look at them and think I might not break through. Origi is happy to play second fiddle and if one of them is injured or needs a rest he will play anywhere across the front. He does a brilliant job and he is perfect for Liverpool.

"He challenges the space behind, he is a bit scruffy at times and isn’t the finished article like the other three, but he never will be. You won’t get another player like those front three sitting on the bench and being happy.”

Liverpool got their Premier League campaign off to a thumping start with a 4-1 victory against Norwich - despite looking shaky defensively at times.

With a long season ahead and the Merseyside outfit fighting across four fronts, Origi will have a pivotal part to play if they are to go one step further this season and get their hands on their first Premier League trophy.