Liverpool need to lose to Bayern Munich and get knocked out of the Champions League if they are to stand any chance of dethroning Manchester City and winning the Premier League title, according to Sky Sports pundit Gary Neville.

Sunday's disappointing 0-0 draw in the Merseyside derby saw Pep Guardiola's side leapfrog the disjointed Reds into top spot in the Premier League table for the first time since December 17, albeit by just one point. 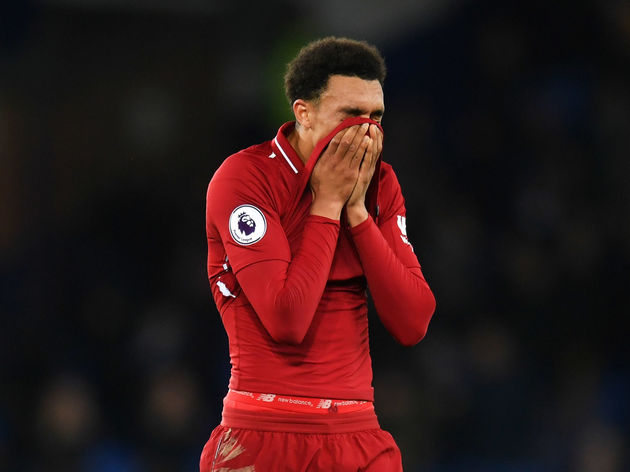 With nine matches remaining in the Premier Leagueseason, Neville believes that Liverpool will need to focus all their energy on the title race, with a Champions League run likely to hinder their domestic ambitions.

Speaking to Sky Sports after Liverpool's draw with Everton, Neville, a101 Great GoalsI’m gonna say it. Go out against Bayern Munich.

"That seems like madness. You can’t play to lose a game. But actually I think it’ll be in Liverpool’s favour if they can have a clean run."

At the turn of the new year, Jurgen Klopp's side had raced into a commanding seven-point lead over Manchester City, seemingly on a steady course for their first league title in 28 years. However, inconsistent form in 2019 - including four draws in their last six matches - has seen that gap disappear.

Liverpooltravel to Munich on March 13th with their Champions League tie balancing on a knife edge following the 0-0 draw with Bayern at Anfield.

Klopp guided Liverpool to the Champions League final last season, eventually losing 3-1 to Real Madrid, but did so without the added distraction of a title race. This time around, Liverpool will have to juggle domestic and European competition, although the primary focus likely remains on ending their Premier League title drought, regardless of the outcome against Niko Kovac's Bayernside.