City are in a nerve-wracking title race with Liverpool, the latter sitting two points above Pep Guardiola's men having played a game more. If Spurs leave the Etihad Stadium with a result this weekend it would hand the Reds full control of the destination of the Premier League trophy. 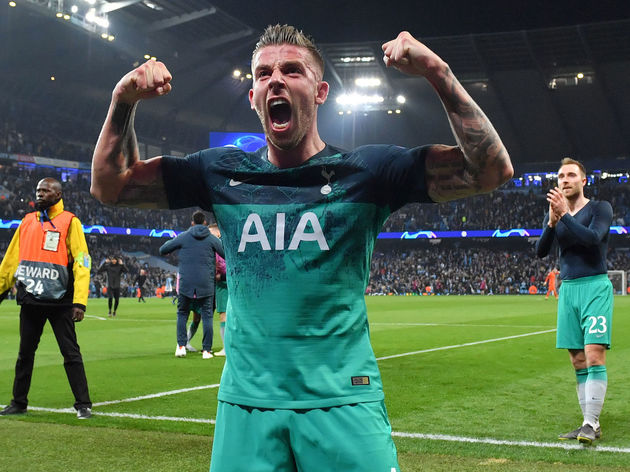 ​The Lillywhites knocked ​City out of the ​Champions League on Wednesday night after a mouth-watering 4-4 draw on aggregate gave the north London side the victory on away goals.

After the thrilling affair Neville took to social media to express his feelings regarding the two sides' upcoming ​Premier League meeting. He wrote: "

Though ​United have a long-standing distaste for their neighbours, it is nothing compared to their fans' passionate loathing of ​Liverpool. The pair have been in constant competition for decades, with the Red Devils overtaking their adversaries' tally of domestic titles in 2011.

Neville's former team have now been crowned champions of England on 20 occasions, two more than the Anfield club. That is a fact that has greatly irked Reds supporters after their side once held an advantage of 11 championships over their Old Trafford enemies.

An amazing game and well done to Spurs . All your players must be really tired . Take a rest Saturday !

By contrast, City have won just four top division titles in their history and spent years living in the shadow of their wildly successful rivals.