Liverpool midfielder Georginio Wijnaldum insists he and his teammates cannot get carried away and assume they are already Premier League champions.

Jurgen Klopp's side sit eight points clear at the top of the Premier League following a late 2-1 win against Leicester, while Manchester City lost 2-0 at home to Wolves.

City overcame a seven-point deficit last season to overtake Liverpool on their way to a second successive title, and Wijnaldum said his side mustn't get complacent in their pursuit this season. 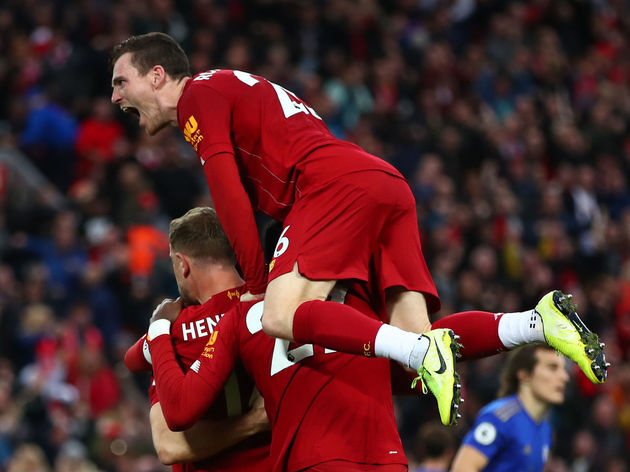 “We don’t want to think we are already champions," he told ​Sky Sports. "That would be a really wrong thing to do. I’m sure the manager will keep us with our feet on the ground and say that we just have to think about ourselves, and try to play good and try to give 100% every week.

“We just have to do what we did before and look at ourselves and not look too much to other teams because we don’t have influence on other teams. We can’t control the performance of other teams. Liverpool return to action after the international break with a trip to struggling rivals ​Manchester United. A win for the away side would equal ​City's ​Premier League record of 18 consecutive wins, and host ​Tottenham a week later with the chance to claim the record for themselves.

Their eight wins to start the campaign is a feat only equalled by ​Chelsea in the 2005/06 season, with Jose Mourinho's side going on to win the title that year.