Georginio Wijnaldum & the Art of Being Brilliant Under the Radar

A writer walks into 90min Towers, tired from a weekend spent watching football, exhausting sessions of Pro Evolution Soccer and 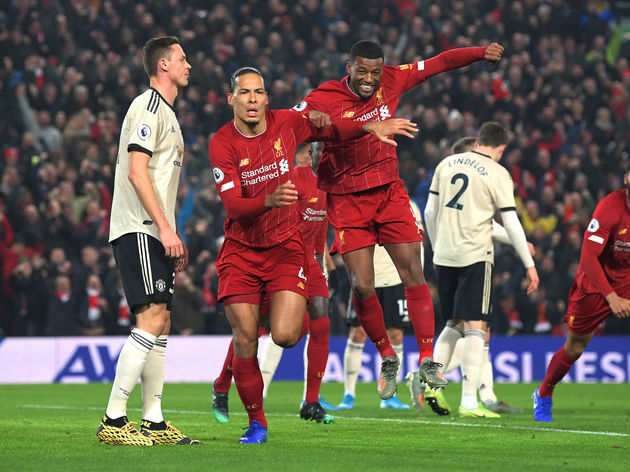 The writer eyeballs the ceiling for a brief moment, but the fluorescent lighting, so often damaging for his eyesight, diverts his gaze back to the numbing screen aligned with his laptop.

The twinkle reappears, distracting from the bags under his eyes, and a gentle smile gleams across his face, exposing a few yellow teeth. He wipes a smidge of dirt off one of his shoes, steps on to his desk using his chair as a makeshift ladder, picks up his scolding hot cup of tea, pours it over his head and looks at his bemused audience.

"Georginio Wijnaldum!" he shouts, as if he's discovered a new chemical element to be added to the periodic table.

He may have gotten a little overexcited, but takes another punt regardless.

"He's really good at football, probably doesn't get the credit he deserves, and I can write it in a really pseudo-intellectual way that makes me come across like a pretentious melon!"

Suddenly, he's not the only person standing up, and the judgemental silence filling the room barely seconds ago has dissipated. Instead, one person from the sales team starts clapping. Another from digital marketing joins in. Henderson - who's in the form of his life - might have been the best player on the pitch on Sunday, such was his industry and tenacity on the defensive side, and he alongside Wijnaldum helps provide the platform for Liverpool's attacking stars to make the difference.

Their consistency also means Klopp has the freedom to shuffle his pack over the third midfield spot, which was occupied by Alex Oxlade-Chamberlain on Sunday and filled by

Wijnaldum may actually be sacrificed over the next few weeks if Fabinho is brought back into the starting team, but the 29-year-old's recent contribution has helped keep Liverpool's foot firmly on the gas as they chase a first ever Premier League title.

When they do reach that milestone, it'll be more down to their engine in midfield than some would have you believe.