Sky Sports pundit Graeme Souness' desire to link every world event to Paul Pogba and his inability to step ​up for Manchester United has become something of a recurring theme of late.

Pogba has spent the majority of the 2019/20 campaign stuck on the sidelines through injury, featuring just eight times in all competitions. During this time, the Frenchman has even rushed back from injury to be available for his team, only to be criticised anyway by Souness and others.

"Paul Pogba. I see him dancing at a wedding. I see him shooting hoops." 

Just before ​United kicked off against Everton at the start of March, Souness decided to divert the conversation away from the players that were playing, and instead focus on why Pogba acts the way he does.

Despite his persistent scathing criticisms, ​Pogba recently responded by claiming that he does not actually know who the former Liverpool man is.

Well, Souness has now been given his chance to respond. Speaking on the Football Show live on ​Sky Sports on Tuesday, Jamie Carragher brought up the United midfielder's comments.

He said: "Well, I was listening to Pat and I was wondering if he'd have the courage actually to bring up this story. The interesting thing about it, we're quite critical of ​Paul Pogba, I think when you're a player, you've certainly got to be respectful of certain players with certain opinions at times.

"Graeme can show him the medals!" 

"And at times, you have to take that criticism on the chin, so to come out and say you've never heard of Graeme Souness I thought really was below the belt."

After months of needlessly being brought up in discussion, Pogba finally responded to the criticism he faces by explaining that he hasn't heard of him. But the 27-year-old did also add that he has heard that he was a 'great player' and that he recognised the face, but not the name.

Hardly below the belt, is it?

Though in response, Souness simply smirked before responding: "I'm happy with that." 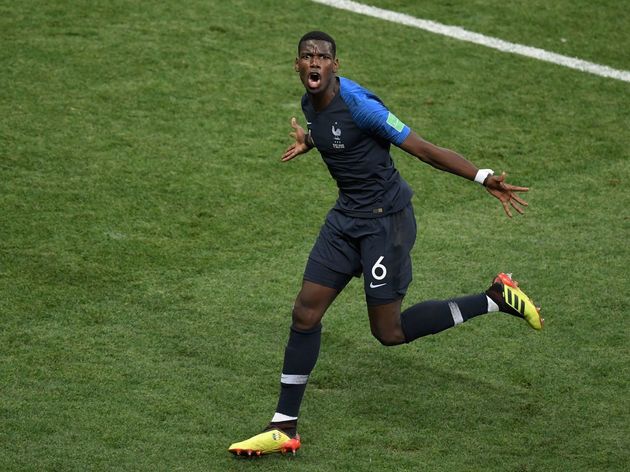