Harry Wilson: What the Liverpool Youngster Will Bring to Bournemouth

While other Premier League loanees like Mason Mount found themselves recalled to their parent clubs, Harry Wilson was in a different position.

Chelsea needed a new attacking threat, having just lost their best player in Eden Hazard, while Liverpool’s options remain obvious. Thankfully for the young Welshman, a loan deal to Bournemouth was confirmed on 6 August, giving him the chance of experiencing regular Premier League football.

The 22-year-old spent the 2018/19 season as a regular feature in Frank Lampard’s Derby side. He had an outstanding season with the Rams, providing 18 goals in 49 appearances in all competitions, and a season long loan in the Premier League is likely to benefit the youngster greatly. He has been unable to cement his place at Liverpool due to the amount of attacking options at Jurgen Klopp's disposal, even after an impressive pre-season which saw him score a 30-yard rocket against Lyon. David Brooks, the Cherries’ breakthrough star of 2018/19, unfortunately picked up an injury in pre-season which has ruled him out for the first three months of the season. Bournemouth will be hoping that Wilson can fill the void; Brooks provided five assists in his debut season for the club, and luckily for Bournemouth their new signing surpassed that number, Wilson assisting his Derby teammates six times last season.

He will be especially useful to Bournemouth as a free kick specialist. Current go-to options Junior Stanislas and Ryan Fraser were unable to net any free kicks last season, while Wilson managed five for Derby. He's a proven goalscorer who could help the Cherries convert some of of the 57 big chances that were missed last season. 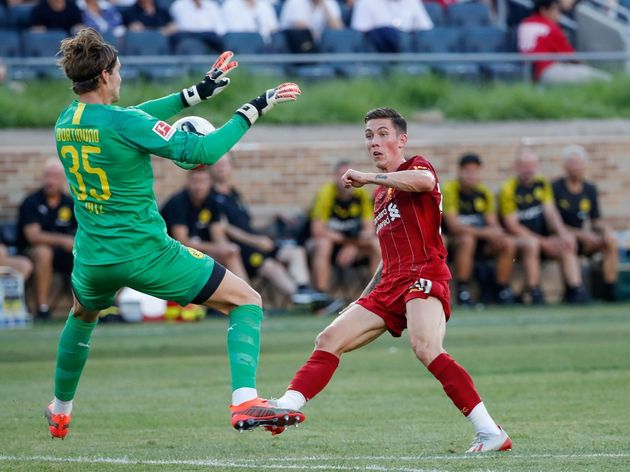 Eddie Howe wants the Cherries to play attractive, fast paced football which will allow them to compete for a top table finish, possibly even top six with European football, which is quite the opposite of the defensive attitude other clubs often implement in order to try and survive the relegation battle.

This makes Bournemouth a good fit for Wilson, a very attack minded individual who helps out defensively despite obviously favouring going forward. He may not be great in stature but he has the ability to keep the ball with his skill, hold up play and score goals, which should see him become a regular starter. If Wilson is able to produce a season similar to his last campaign, he will likely catch the attention of Klopp. It did not appear that Wilson was part of the manager's Liverpool vision this term, even though fans suggested the midfielder could be used as relief for the regular attacking starters in domestic cup ties.

It is also worth noting that since the departure of Philippe Coutinho in early 2018, Liverpool have been lacking a long-range finisher. There was speculation that he could make a return to the Premier League, but any sort of homecoming in the future seems pretty unlikely.

Liverpool managed 89 goals in the Premier League last season, but only five were scored from outside of the penalty area. While Liverpool’s attack was still incredibly successful, it poses the question; how would the season have finished if they had a player able to provide such spectacular goals? Vincent Kompany provided Manchester City with a much-needed long-range lifeline in the closing stages of the season.

Delighted to join @afcbournemouth on loan! can’t wait to get started🙌🏼🍒 https://t.co/I4PsaIhqFi

With a good season full of long-range finishes and spectacular set pieces, Wilson could push his way into the Liverpool squad next season. This year is thought to be make or break for him, and his next test will be at newly promoted Aston Villa on Saturday.