How Liverpool's Masters Football Team Would Look in 2020

​Who doesn't like watching ex-pros waddle around an indoor arena, poke a few loose passes into the net, claim they meant them and then squabble over niggling fouls like a bunch of schoolkids? The answer: everyone.

And if you aren't part of the group who absolutely love Masters Football, then stop reading now. This isn't for you.

For those of you with any sense that are continuing on, then we've got a treat in store for you. Sitting here and yearning for any modicum of football-related joy, just one of the many formats of the sport we'd like to see back on our screens is the much-loved

To make the selections easier, the following restrictions have been made regarding player eligibility: 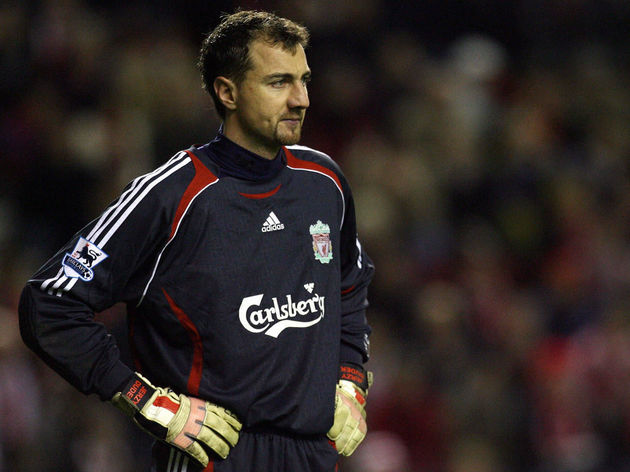 Did you know that Liverpool have another Polish goalkeeper on their books at the moment? And, in fact, he's been there since 2016? No, me neither.

Was capable of both the brilliant and bizarre, which would make for cracking viewing in Masters Football. It speaks volumes of Daniel Agger's character when you see how well-loved he is by fans of the club despite only averaging 26 games a season in the nine years he spent on Merseyside.

The tattooed Dane was known for not taking s**t from anyone, ever, and that alone is why he endeared himself to supporters and onlookers alike. It does also helps when you tattoo 'YNWA' across your knuckles. Club Highlight: Winning the Champions League in a side containing If he wouldn't be available then Dolph Lundgren could fill in for him. Club Highlight: A couple of FA Cups and just being an all-round cool dude.

Club Lowlight:​ It's not his music, so don't even go there.

While many will be championing for John Barnes to earn a starting role, there are two things to consider:

B) What better motivation can you have as a player than a club legend rapping on the sidelines to gee-up the team? Club Highlight: Putting Arsenal to the sword in the 2001 FA Cup final...and the Ballon d'Or, I suppose.

Michael Owen is the last English player to win the Ballon d'Or. Fact. He's on the team.