​"So that's it? After eight games, 'congratulations on your league title, Liverpool'?"

Heading into the international break, the consensus seems to be that Jurgen Klopp will face a free run at securing Liverpool's first league title in thirty years, with Manchester City already done and dusted...and we haven't even reached Halloween yet.

That got us thinking: has a title race ever been 'decided' this early? Have teams started inexplicably well before falling away back into history? We decided to take a look at previous Premier league tables eight games in... Blimey, remember Maurizio Sarri's unbeaten start at ​Chelsea, back when the promise of free-flowing football was still a tangible ideology? Turns out pressing the slight figure of Jorginho nullified that midway through the season.

As expected, ​City and ​Liverpool were practically neck-and-neck, while ​Arsenal and ​Spurs had started the season in fine fashion after tricky summers.

​Bournemouth occupied the last spot in the top six as the season's perennial early birds, while ​Manchester United were sitting in eighth on 13 points (four points and places better off than at this stage this season). So there was a semblance of a title race back in the 2017/18 season (at least for a while, anyway). A draw with Ronald Koeman's weirdly assembled ​Everton interrupted a flawless start to the campaign, while Jose Mourinho's United were blowing teams away.

Marco Silva's ​Watford were a wild ride, way up until he got sacked in January of this season. During his formative months at Vicarage Road, the Hornets played exciting football, securing a dramatic draw with Liverpool and a last-minute win against Arsenal in their first eight games.

Klopp's men, who would go on to reach the ​Champions League final in this season, were slow starters, picking up three wins, four draws and a loss early on, leaving them down in eighth. If people think this season is over after eight games, then they were practically handing City the title before a ball had been kicked back in 2016.

The aftermath of ​Leicester's mind-boggling miracle meant the following year was likely to be wide open at the top, and the table after eight games certainly represented that.

City's only blemish came in a defeat at Spurs, while Arsenal would go on to finish outside the top four for the first time under Arsene Wenger despite their great start. Eventual champions Chelsea had only just switched to their winning 3-4-3 formula, while United fell away pretty quickly after so much promise in Mourinho's first season. With a narrative straight out of an FM save, 2015/16 will go down perhaps the most peculiar season in ​Premier League history, maybe even in the entirety of English football.

Manuel Pellegrini's free-scoring Man City led the way early on, galvanised by the signings of ​Raheem Sterling and ​Kevin De Bruyne. Arsenal and United sat just behind, with Leicester waiting in the wings - notably, the Foxes had conceded 15 goals by this point but would let in just 21 more all year.

Title-challenging Tottenham were eighth on 13 points, while champions Chelsea were 16th on just eight - for reference, that's one point fewer than United in the present day. 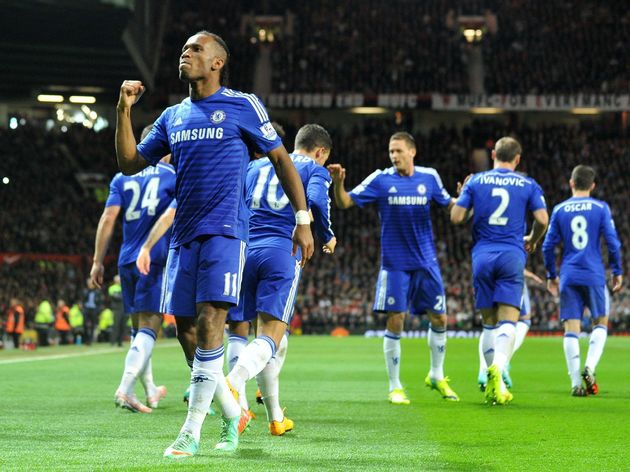 Admittedly, Chelsea were the heavy pre-season favourites to win the league in 2014/15, and their blistering start all but confirmed people's suspicions of their brilliance.

City had failed to definitively add on their title-winning contingent, with their highest-profile signing being that of Frank Lampard.

With just five wins between them, the north London sides forfeited their place in the top six to ​Southampton and ​West Ham, while Liverpool and United began pretty inconsequential seasons rather slowly. Wow, ​Mesut Ozil signing for Arsenal really made them trailblazers to start with. In what was the league's most open title race in years, the big contenders all started the season in challenging form rather than convincing form.

Mourinho's return to Chelsea began with a mixed bag of results, while City had already reached the 20-goal tally by this stage. 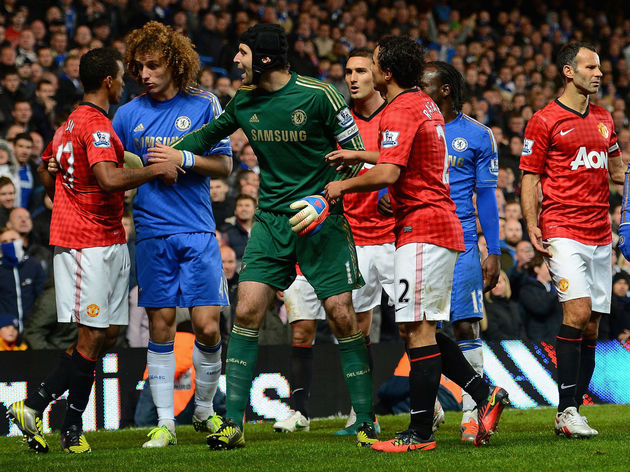 Okay, does anyone actually remember Roberto Di Matteo's Chelsea being this good domestically? Amazingly, the guy got sacked just four league games later, having won them the Champions League a few months before - bit harsh, right?

Sir Alex Ferguson would go on to win the league with United in his final season before retirement, and City's title defence never really gathered pace.