James Milner has identified that pitch-length press against Manchester City as the moment Liverpool fans took full-back Andy Robertson to their hearts.

The Scotsman is a firm fans favourite at Anfield, taking the upper reaches of the Premier League by storm after joining the club from Hull for a paltry sum of £8m.

A year ago today this man became a Red... 

Robertson is now regarded as one of the world's best left-backs, with his never-say-die attitude and willingness to chase down lost causes endearing himself to the Liverpool faithful - a spirit that is demonstrated in a viral video clip that shows him chasing down Manchester City's defence at full speed, as well as goalkeeper Ederson.

"The fans love him. I think it started with that 90-yard press of Man City - he pressed everyone in their team I think, went to the keeper and then did them all again!

"I think how good Robbo has been since he's been at the club has been incredible really. He's got good quality and [is a] good defender. He's good around the dressing room as well, he's good craic.

"As good as he is on the field, he's brilliant in the dressing room as well." 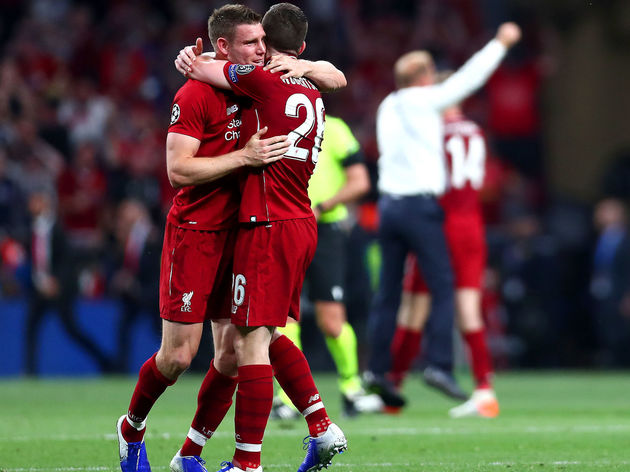 They did, however, banish of the memories of their defeat to Real Madrid in the 2018 Champions League final by beating Tottenham in this year's - with Robertson starting once more as the Merseyside giants lifted their sixth European crown following a comfortable 2-0 win.