Liverpool legend Jamie Carragher revealed his top five centre backs to play for the club in the Premier League era, with a surprising omission on the list.​

One-club man Carragher is seen as one of the greatest players to ever play for the Reds, after choosing to spend his 18-year career at Anfield.

However, the Sky Sports pundit chose to leave himself off his list, despite winning the ​Champions League, UEFA Cup, League Cup and FA Cup while at the club.

Instead, responding to a Twitter question from the Liverpool Echo, the former England international's list consisted of: ​Liverpool's current centre-back partnership Virgil van Dijk and Joel Matip - who have forged a formidable tandem that led the club to their sixth Champions League victory and highest ever Premier League points total last season - Sami Hyypia, Stephane Henchoz and Daniel Agger. 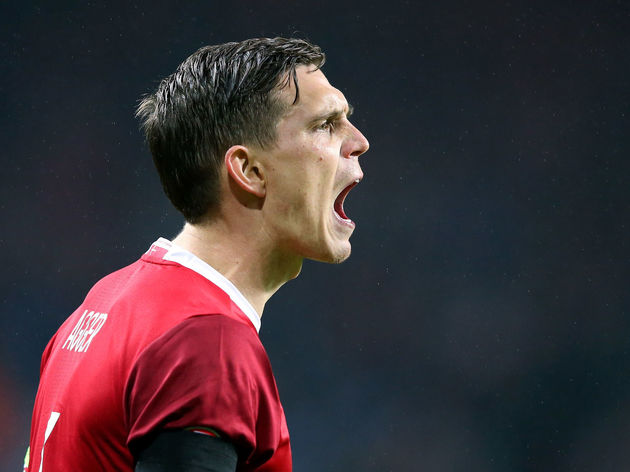 Hyypia and Henchoz were both defensive stalwarts during Carragher's Liverpool tenure, while classy Dane Agger came so close to winning Liverpool's first Premier League title during the 2013/14 season.

Although the list is comprised of some top class defenders, many Liverpool fans felt that Carragher was being too humble and more than merited a place in his own top five.

A number of fans answered the Englishman with sarcastic replies, questioning whether he had ever seen himself play football before, or if he was too young to see Carragher play for the club.

oh
another person that was too young to watch prime Jamie Caarragher play for LFC on Twitter dot com
imagine my shock.

Carragher is clearly being modest, and as seen by Twitter's reaction, he is undoubtedly worthy of being hailed as one of Liverpool's five greatest ever centre backs.