It was announced this week that the beloved manager will leave St James' Park after failing to reach an agreement with club owner Mike Ashley to extend his deal.

The Newcastle fans (and wider football world) have become increasingly frustrated with the handling of Benitez's situation by Ashley. In a post on ​Instagram, Carragher (who played under Benitez at ​Liverpool) showed his support for his former boss.

It remains unclear as to whether Carragher's new look complete with Rafa's patented goatee (but less hair than the Spaniard) is real or the product of some photoshop antics.

Benitez managed 350 games during his time in charge of ​Liverpool, winning both the Champions League and FA Cup, with Carragher featuring in defence.

Benitez spent three years at Newcastle, achieving promotion to the Premier League in that time.

The Spaniard kept the Tyneside club in England's top flight for two further seasons but will now leave the club when his contract expires at the end of June. 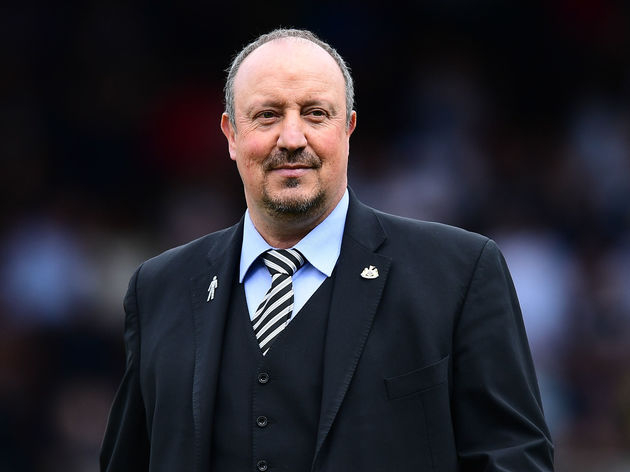 According to reports,​ Benitez has since been offered a £12m-a-year deal to manage Chinese Super League club Dalian Yifang but could yet be reinstated as Toon boss if the much talked about takeover happens soon.