Germany coach Joachim Low was at the pinnacle of football in the summer of 2014, having led Die Mannschaft to their fourth ever World Cup triumph, becoming the first ever European side to lift the coveted trophy in South America.

With a superb blend of steely veterans and extremely gifted youngsters coming through, it was expected that Germany would dominate world football for years to come, just like Spain's golden generation did when winning three trophies between 2010 and 2014.

Fast forward to today, a bitter semi-final defeat to France in Euro 2016, a shocking group stage elimination in the 2018 World Cup and finishing last in their Nations League group sees Low under immense pressure to deliver – and deservedly so. Possibly most famous in England for his last name, the former German international is now the head coach for the Under-21 side – and has been extremely successful with his young squad. He may not have the hottest reputation, but he fits the bill extremely well.

Germany have a habit of promoting their best youth players early and integrating them to the first team as soon as possible; with examples such as Kai Havertz, Mario Gotze and Leon Goretzka. Therefore that means the Under21 side is not always the strongest it could be, but Kuntz has led his side to the last two Under-21 European Championship finals – winning one.

The Germans were triumphant in 2017 against Spain but the Spanish exacted their revenge this summer in a 2-1 win. With such a great track record with the youth teams and Die Mannschaft in what can be classed as a rebuilding stage, Kuntz is in prime position to take over - much like Gareth Southgate has with England. Legendary and former ​Arsenal manager Arsene Wenger has recently admitted that he has a desire to be managing a national team ahead of the 2022 World Cup in Qatar. Renowned for his attacking style of play and ability to improve youngster, he is a prime candidate for the German national team.

Able to speak fluent German, the 69-year-old will have one of the best talent pools to select from and will be able to build a squad that could be one of the best he has managed in his career. His style of play should be easily transferable to national team football, and his ability to deal with egos will certainly help this German team.

Having taken a break from management, the Frenchman will certainly come back with some added fire in his belly and the combination of the talented squad and his brilliant management would make Germany a force to be reckoned with again. Julian Nagelsmann has just arrived at RB Leipzig, so he might not be a realistic short-term option for the German national side. If Löw were to hang on for a couple of years though, the superb young manager would be an ideal replacement for the World Cup-winning coach.

Having already worked with some great German talent, namely ​Bayern Munich duo Niklas Sule and Serge Gnabry, his tactical flexibility and know-how are at the very top level. The 32-year-old is younger than Germany keeper Manuel Neuer, but his youth has yet to be an issue in man-management situations.

Strong-willed, a brilliant man-manager with an obsession to keep improving, he has the potential to be one of the best managers in the world. With the modern game also moving towards a more pressing based style, Nagelsmann would be a great choice to lead Die Mannschaft. 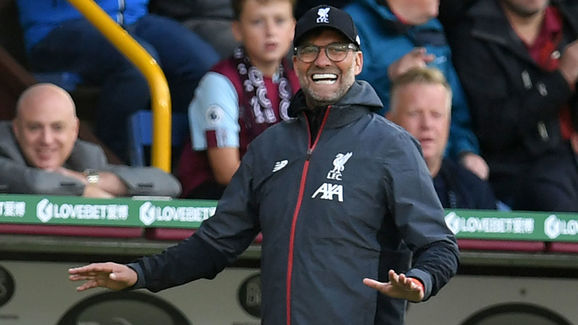 Perhaps the fan favourite to take over the mantel from Löw, Jurgen Klopp's time managing in the Bundesliga left the Reds boss with a reputation as a charismatic, exciting manager. His time on Merseyside? Well, it's only hyped that up further.

Despite being currently engrossed in an intense battle for the ​Premier League title with ​Liverpool, the German has often toyed around with the idea of leading the German national team. It is highly unlikely he will leave the Reds bench soon, but it is also unlikely that the DFB will let go of Löw right away.

There's not much left to say about Klopp's 'heavy metal football' as his style is, pretty much, world-renowned at this point. With the youth of the German side, it will be easier for him to relay his ideas across in a shorter time period and his charisma will help lift up the doom and gloom mood surrounding Die Mannschaft.