Jordan Henderson: An Ode to One of Footballs Great Survivors

​As Jordan Henderson clutched the Champions League to his chest and joyously egged on his teammates before lifting that famous, imperious trophy with a primal discharge of raw emotion and pride, there was for many fair-minded football fans, a sense of justice.

Henderson is a player who in many ways, personifies the archetypal and often patronised English midfielder. 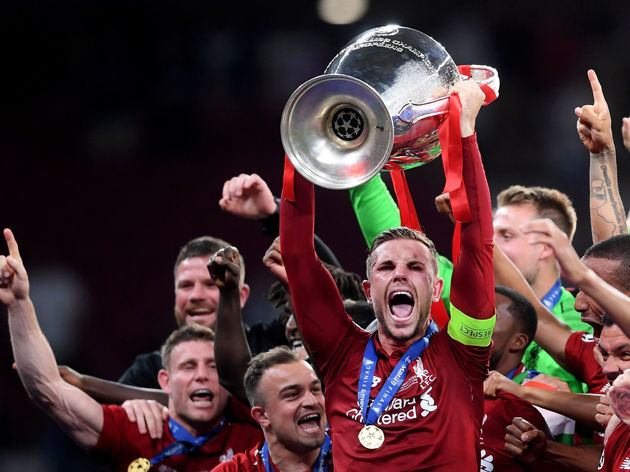 To a lot of observers, that Champions League success was the moment for Henderson. An appropriate reward for one of footballs great grafters who deserved a glitzy reward for his honest services.

However to take such a view on Liverpool's number 14 is a monumental disservice to a footballer who has had to do more than most to reach the summit of the game.

A common narrative surrounding a player is often ingrained based on a narrow assessment on his abilities and then substantiated by that callous world of extremes; social media. A player is either great or terrible. No middle ground. Once that general consensus is out there and perpetuated, it is near irreversible.

Jordan Henderson has been at the vanguard of this for most of his professional career. Even from his own supporters at Liverpool there has been vitriol.

Whenever his development was hindered by injury or loss of form there was outrage that the club had entrusted it's future to an unworthy successor.

However, it should have been obvious to all that a young Gerrard, Henderson clearly wasn't. That natural goalscoring instinct simply wasn't there. Nor was the raw power and sheer bombast that were obvious hallmarks of Gerrard's game from a young age.

The early years were a struggle for Henderson. As well as the shadow of Gerrard, he was the target of needless criticism by Sir Alex Ferguson in his autobiography and even offered up as a makeweight in a possible deal for Fulham's Clint Dempsey.

But there were signs even as far back as Liverpool's underwhelming 2011/12 campaign that Henderson could become a special, important player. 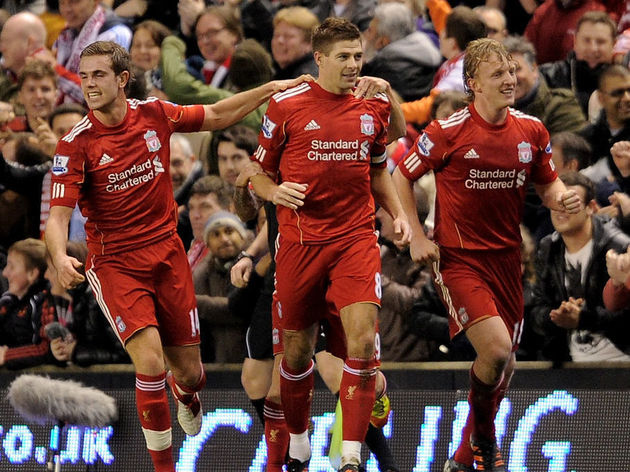 A selfless persona on the pitch, Henderson did the basics so well. He was full of energy, constantly buzzing about all over the place. His sense of positional play was outstanding for a youngster and he was a calm, competent number six, knowing when to hold and when to unleash an often flawless tackle and come out with the ball at his feet looking to spring an attack.

His swashbuckling displays as part of an attacking midfielder three diminished as he struggled to regain fitness and form. Moreover, the emergence of richer A record of just five goals since Juren Klopp took over as manager would, on the surface of things, back up the criticism that he simply lacks the required attacking abilities at the highest level. However, when you delve a little deeper the stat actually

He has often been deployed in the number six role during Klopp's tenure. Without quarrel he rolled up his sleeves and reverted to a more practical role in the Liverpool first team.

However the challenge to Henderson's first-team role did not end there. In particular, Fabinho's arrival from Monaco last summer looked ominous. Yes, Emre Can had left for ​Juventus but the under-the-radar signing of the efficient Brazilian suggested Klopp wanted an upgrade on Henderson in that shielding role in front of the back four.

With a startling array of attacking options ahead of him, it looked as though Henderson might, to use a horrible corporate management term, be at a risk of being managed out of the first team.

The Mackem wasn't going down without a fight though. His reemergence, particularly during the second-half of last season as a line breaking runner deep, was a real shock weapon in Liverpool's armory. The club captain was reborn notching a crucial late goal against Southampton and a beauty of an assist for Sadio Mane against ​Chelsea in the next game. He appeared more refined too. The was a new calm demeanor to his game and he looked a more assured leader than on the pitch than ever before.

Klopp acknowledged the sacrifices his player had made for the team. Speaking about Henderson's reestablished role as box-to-box midfielder the Liverpool manager said: "

While the Champions League final last season was far from vintage, the site of Jordan Henderson marshaling his teammates and instinctively covering at right back to plug any gaps was the mark of just how progressed the 29-year-old's game has become. This was the culmination of everything positive in his game.

It's been a hard road of adaption, reinvention and determination, but for Henderson to have retained and remastered his place as one of Klopp's key men serves as cast-iron proof that the man once dismissed by Sir Alex Ferguson, is trulone of footballs great survivors.