Jose Mourinho believes his former side Porto can pull off a shock Champions League upset against Liverpool due to the Reds' heated title race with Manchester City.

Liverpool knocked the Portuguese side out of Europe's biggest club competition last season after a convincing 5-0 win at the Estadio do Dragao in the first leg. The Reds were then able to rest some key players for the return leg of the fixture en route to their first Champions League final since 2007.

Liverpool are currently atop the Premier League table but have played one more match than Manchester City, who are keen on becoming the first back-to-back champions in over a decade.

As the Champions Leaguequarter-final quickly approaches, former Manchester United and Porto manager Mourinho has given his take on the upcoming fixture. Speaking at the ANTF Forum this week (as quoted by Metro) the Portuguese manager claimed: "

"Liverpool have absolutely fantastic individual quality, but they are disputing the league title which means that they will not rest players in the previous game or between the two games." 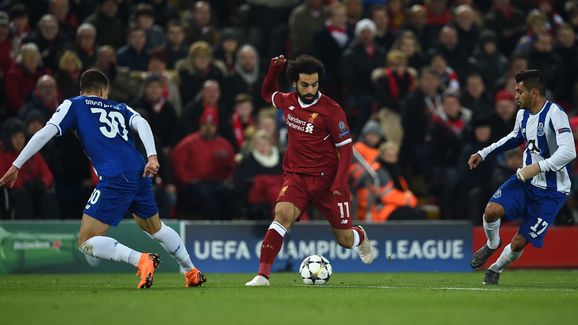 The Reds were able to rotate their squad between competitions last year, with the Citizensrunning away with the title much earlier in the campaign. With the Premier Leaguestill very much up for grabs, Liverpool will be forced to exhaust every resource at their disposal if they are to have any chance at both trophies at the end of the season.

The Reds travel to St Mary's Stadium to take on Southampton in the Premier League on Friday before their much-anticipated quarter-final clash with Porto on Tuesday 9 April.