​Liverpool manager Jurgen Klopp has admitted that he's been surprised about how good Alisson has been with the ball at his feet since arriving in the summer from AS Roma.

The Reds' decision to spend £67m to bring the goalkeeper to Anfield has been vindicated so far, with the 26-year-old being part of a defence that has kept 12 clean sheets and conceded just eight goals in the 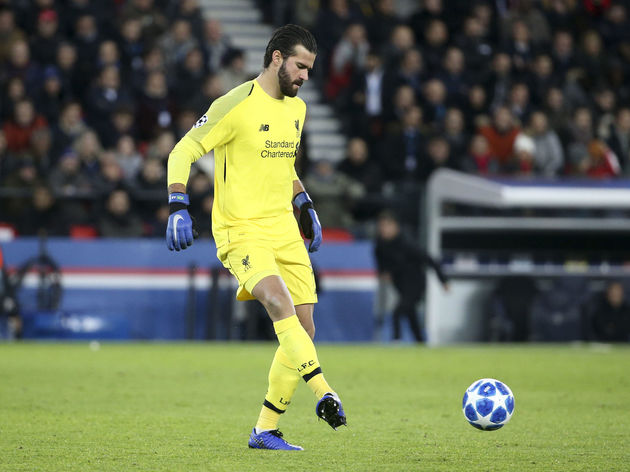 Despite his impressive shot-stopping ability between the sticks, Klopp has revealed it's Alisson's quality in possession that has stood out during his brief time at the club, with his pass in the build-up to Mohamed Salah's penalty during the 5-1 win against Arsenal being one example.

Speaking to ​ESPN Brazil, he said: "

"It was always very clear that he was a very influential player with the ball, but that he's this good I didn't see it, honestly - maybe because of a different style Roma played.

Alisson’s ball to start off the move that leads to the penalty. Incredible distribution.

"With Arsenal, City, Chelsea, Tottenham, it's really different. You know exactly what they are doing. They are still unbelievably difficult to defend [against], but you can see somehow that they have a clear plan.

6 - The most points per game by clubs in the top four tiers of English football in 2018:

"That's, of course, like this with Man City. They are on the top of that. That makes it really challenging, but it makes it exciting as well. I'm always looking forward to these games.