​Liverpool manager Jurgen Klopp has revealed he is 'absolutely delighted' by Alex Oxlade-Chamberlain's decision to pen a new long-term contract at the club, while admitting he hopes to hear a song for the midfielder on the Kop this season.

Oxlade-Chamberlain made his first Premier League start in 16 months in the victory over former club Southampton on Saturday, having been sidelined by a knee injury that had threatened to derail his career.

However, just a matter of days after his successful return to Premier League action, the 26-year-old signed a ​new deal at Liverpool.

“This is because an absolutely outstanding player and person has shown his belief and commitment to our project here and it’s a deal I think makes sense on both sides." 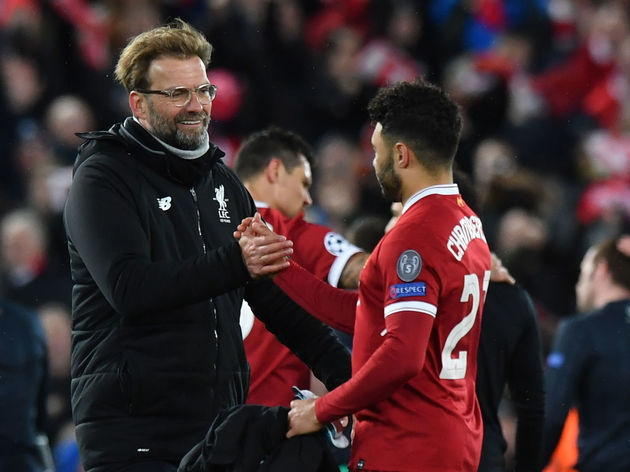 The German went on to discuss ​Oxlade-Chamberlain's qualities as a person and as a footballer. He claimed: "

“We all know Alex’s story since he came to the club, and yes there have been disappointments as well as highs, but what has impressed me and everyone is his attitude to dealing with setbacks and his character." “To see him play almost the whole game at Southampton on Saturday was such a positive moment for all of us, especially him," Klopp added, before admitting it would 'mean a lot' to hear the star's name being sung in the stands.

“Now he is no longer injured, he is fit and he can kick on and show once again just how good he is. But there is still a lot of hard work on that road, there will be times things don’t go the way he’d want.

“And who knows, maybe this is the season we hear the Kop sing an Alex Oxlade-Chamberlain song? I can tell you it would mean a lot to me and the boys to hear that, let alone him!”