Keita has only had six minutes of Premier League action since starring against Bournemouth last month. Likewise, Shaqiri has been reduced to cameo roles in the Reds’ last five league games.

Both were unused substitutes in the Merseyside derby as Liverpool surrendered top spot to rivals Manchester City. That stalemate with Everton made it five draws from Liverpool’s last seven games in all competitions. Klopp’s side had drawn just three times in their previous 31 games in all competitions this season prior to the wobble. Recent form has threatened to derail another title bid for Liverpool with Pep Guardiola’s Manchester Citynow in pole position.

The Reds’ boss has faced criticism from his own supporters for a lack of positivity and ambition in the maligned run, with many pointing to absentees Shaqiri and Keita. Klopp has gone on record to defend his decision to rest the pair, insisting his thinking was only tactical for the tough group of fixtures that featured Manchester Unitedand Bayern Munich. 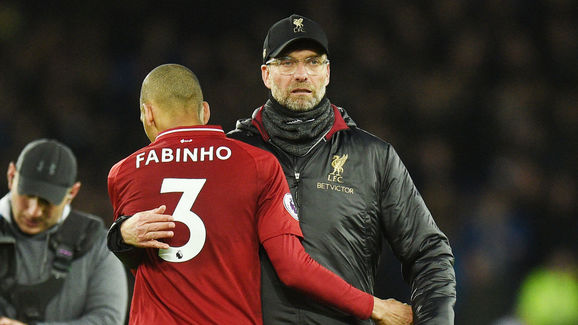 “We don’t stick to one formation or the other,” Klopp told the Liverpool Echo. “We played quite a few teams with really good set-pieces, stuff like that. We needed to make sure that we had the right line up and set up for that.

“That doesn’t mean we throw 11 players in their box, hope we score and meet them at the halfway line again. That's not how it works - we don't play PlayStation.”

Klopp also offered an update on the duo in question, insisting they are ready to be called upon when the situation suits them.

He said: “If we play the system we usually play most of the time then there are only three positions [in midfield]. Somebody has to be out but it's all good.

“Naby [Keita] is actually in a good moment and has trained well. It's only been the last three games he didn't play too much. He [Shaqiri] had a little injury and was out - there was something with his back and he needed a little time. He's fully fit now.”

The German also insisted he will not be pressured by outside critiques to change his approach for the run in. “The way we did it brought us where we are and if someone thinks we should be now 10 points ahead of City, I can’t help this person,” he added.

“For us, we are trying for the first time [to win the title] and - we are not in a bad position. Let's do what we did that brought us here, plus more intensity if possible. With a positive atmosphere around us, let's try it.”