Amidst wild celebrations after Liverpool's injury-time win over Merseyside rivals Everton on Sunday, much of the media spotlight was on Jurgen Klopp's reaction to the victory.

In typical manic Klopp style, the German manager sprinted on to the pitch to give goalkeeper Alisson a trademark bearhug after Divock Origi scored a dramatic late goal to leave Everton fans heartbroken. However, whilst the Sky Sports cameras seemed intent on following Klopp as he embraced the rest of his victorious squad, footage has emerged of the Reds manager trying to direct the media attention towards goal-scoring hero ​Origi.

The German then proceeds to turn the camera in the direction of the Belgium international in an attempt to divert the limelight away from him and on to his striker.

After signing from Ligue 1 side Lille in July 2014 for £10m, Origi featured heavily for ​Liverpool in his opening two seasons with the Anfield side.

The Belgian scored ten times in his first full season in English football, before playing in 34 of Liverpool's ​Premier League games in the 2016/17 campaign. The 23-year-old scored seven times in the league that season and also added a further four in cup competitions for the Reds.

However, despite figuring prominently under Klopp initially, Origi was sent out on loan to Bundesliga side VfL Wolfsburg the following year and found the back of the net six times for the Wolves. 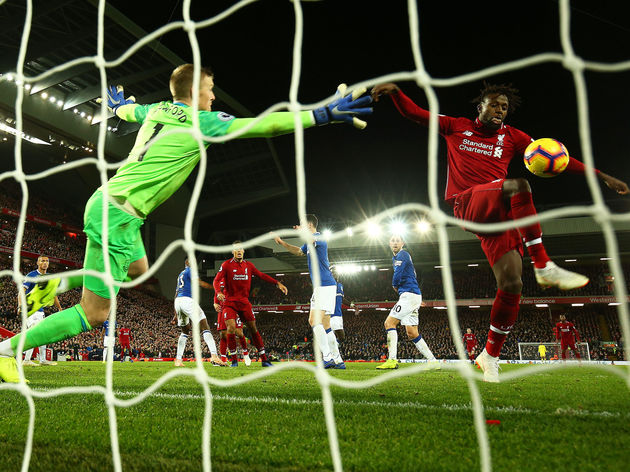 With both Roberto Firmino and Daniel Sturridge ahead of him in the pecking order, the Belgium international had struggled to force his way back into Jurgen Klopp's plans this season until his dramatic late winner against ​Everton.