​Liverpool manager Jurgen Klopp has explained the surprise change of tactics for the Reds' 2-1 win over Leicester City on Saturday.

Klopp decided to change up Liverpool's front three, opting to move Mohamed Salah to a central position and playing Roberto Firmino and Sadio Mane just behind him. The gamble paid off (just), with the Reds defeating Leicester to continue their ​record-equalling start to the Premier League season.

As quoted by the Liverpool Echo, Klopp explained: "We changed formation a bit, we brought Mo [Salah] into the centre and Bobby [Firmino] and Sadio [Mane] more in a number 10 position, just to give the opponent who had trained [something different to think about]. 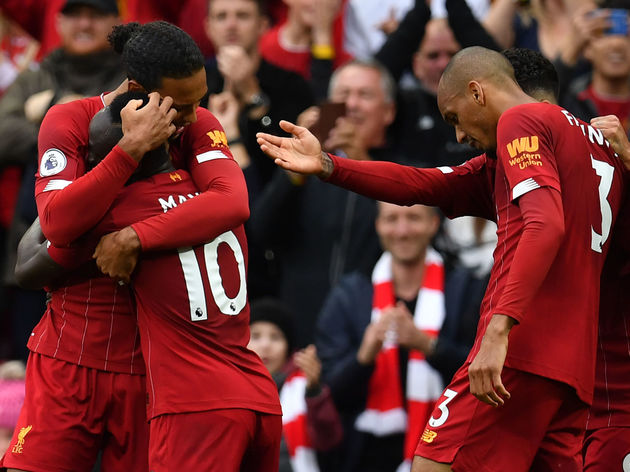 "Everyone who gets a point this season against Leicester will be a success for 95% of teams. A point against ​Leicester is not a catastrophe.

"In a difficult week like we had, really intense game on Wednesday when a really strong opponent like Leicester don’t have to play, we had 60 exceptional minutes.

"First half was exceptional. We put them under pressure, the energy level of the boys is incredible. The only problem we had was we only scored one goal. "It was clear there would be a moment in the game Leicester would come up and our energy would drop.

"They came up, had more possession, when we had the ball we weren't clear. We lost easy balls. They had their counter-attacks. They scored their goal and after that, it looked to me the game calmed down. They were not chasing the second. We had the bigger chances again."

Liverpool next face Manchester United at Old Trafford on 20 October after the international break in a derby that takes on special significance due to the fact that the Reds can equal Manchester City's Premier League record of 18 consecutive wins.