​Liverpool manager Jurgen Klopp is thought to be wary of pursuing a big-money move for Ajax star Matthijs de Ligt as he does not want the Dutchman's wage demands to cause problems amongst his current squad.

Many of Europe's elite sides are keen to secure a deal for De Ligt, which could spark a monumental bidding war as teams fight to offer the 19-year-old the highest possible salary. Whilst ​Liverpool are desperate to sign De Ligt, ​The Mirror state that the Reds would have to make him their highest-paid player ever, which Klopp is said to be incredibly wary of doing so.

With ​Manchester United thought to be ready to offer £236,000-a-week and Paris Saint-Germain suggesting £256,000-a-week, Liverpool may need to commit to an even higher wage to win the race for De Ligt, which would see the youngster earn far more than current stars ​Mohamed Salah and Virgil van Dijk.

Klopp is said to believe that such a situation could lead to plenty of problems in the dressing room. United have found themselves in a similar mess in recent months as a result of ​Alexis Sanchez's mammoth £500,000-a-week deal, with star players demanding similar terms if they are to remain at Old Trafford. ​Ander Herrera has already left the club, whilst ​David de Gea has also been tipped to depart amid concerns over his salary, and Klopp does not want to see a similar situation unfold at Anfield.

That being said, the German still wants to bring De Ligt to the club, and it is even suggested that he could offer the likes of Salah and Van Dijk improved contracts to avoid any unnecessary problems. 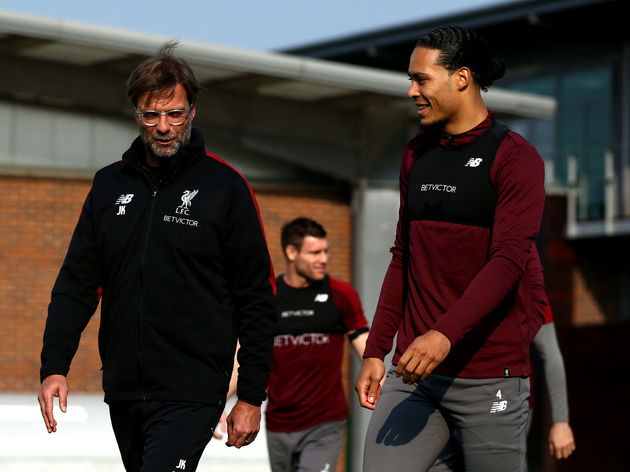 De Ligt is expected to ​make a final decision on his future after the Netherlands' UEFA Nations League final against Portugal on Sunday, with the likes of ​Barcelona and ​Bayern Munich joining the ​Premier League sides in awaiting his final choice.