​Jurgen Klopp was incredulous that Vincent Kompany was not sent off in the first half of Liverpool's defeat against Manchester City on Thursday night.

Kompany mis-controlled the ball and tackled Mohamed Salah as the Egyptian forward threatened to get away from him. At first it looked like a fair challenge but replays showed that Kompany's studs were raised and only narrowly avoided making connection with Salah. 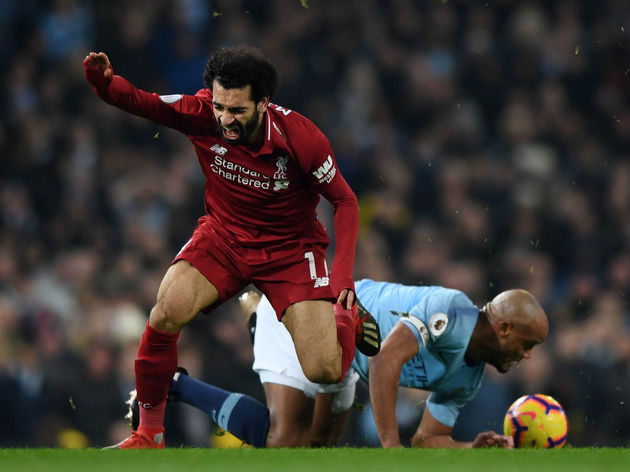 Kompany was only shown a yellow card, while City eventually went on to win the match 2-1, leaving Klopp irate over what he believed to be a game-changing moment.

"I really like Vincent Kompany but how on Earth is that not a red card?" said Klopp, quoted by ​BBC Sport. "He is last man and he goes in. If he hits Mo [Salah] more he is out for the season. It is not easy for the ref and he may not see it how I see it."

Reflecting on the rest of the match, Klopp felt that ​Liverpool were unlucky in key moments. Sadio Mane hit the post in the first half and the ball came within millimetres of crossing the line in the ensuing melee.

"It was a very intense game," said the Liverpool boss. "We were unlucky in our finishing moments. Unluckier than City I would say. Sane scores [after hitting the post] and the situation with Sadio when he hit the post.

"It was not our or City's best game because we both made it difficult for the other team. I have already said to the boys this is OK. We lost it but it will happen. Tonight it is not nice but it is not the biggest problem."

Liverpool, who remain four points clear at the top of the Premier League table, will aim to bounce back when they travel to Brighton in their next Premier League match on 12 January.