Jurgen Klopp insisted that he was pleased with the way his Liverpool side reacted after conceding a second-half equaliser during their 2-1 victory over Fulham on Sunday.

Liverpool saw their 1-0 lead at Craven Cottage vanish with 15 minutes left on the clock when a defensive mix up between Virgil van Dijk and Alisson allowed former Reds forward Ryan Babel to level things up. 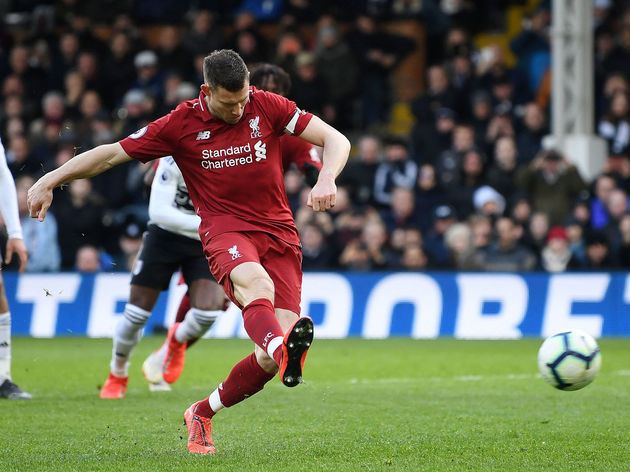 However, minutes later, ​Liverpool were able to restore their lead from the penalty spot through ​James Milner - sending the Reds to the top of the Premier League table in the process.

"I didn't see us panic, I liked how we reacted. The penalty doesn't say we are sensational - 10 minutes before the equaliser, we had so many little mistakes.

Liverpool are two points clear of ​Manchester City at the top of the table, but have played a game more than their title rivals. Whilst the performance was by no means convincing, Klopp reiterated the fact that his side did exactly what they needed to do. "People will say we should be more convincing in games like this but this is us. We are in the middle of a development, not at the end.

"We want to stay in the title race and that's what we did.