​Jurgen Klopp appears to have suggested that he will leave Liverpool once his current contract expires in 2022.

The German manager's current contract at Liverpool runs for a little under another three years, and if completed would take his Anfield tenure close to seven years - a similar amount of time he spent as a manager at both of his previous clubs (Mainz 05 and Borussia Dortmund).

Earlier this year, ​Klopp appeared to shun talk of a contract extension at Liverpool with reports suggesting he would take a sabbatical once his time at the club ended before deciding his next career move. When asked directly if he was planning to take a sabbatical after Liverpool, Klopp told German magazine Kicker: "It looks like it. Who can now say if he can give it his all in three years' time?

"If I decide for myself that I can't go on anymore, I'll take a break and in that year I'd have to make a definite decision [over my career]."
​
​What's not clear is whether Klopp was referring to taking a break after his current contract expires in 2022, or more generally after leaving ​Liverpool at an unspecified time in the future.

He continued: "I have absolute energy, but I have one problem; I can't do 'a little bit.' I can only do 'all or nothing.'

"But the chances are very high that my energy levels will go up again [after a year's break], and that I can then do the job the way I want to." 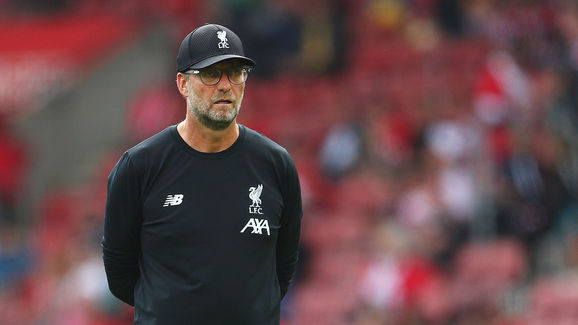 Klopp won his first silverware with Liverpool in June, lifting the Champions League, while ending a five-year streak without lifting a trophy despite obvious on-field progress.

After winning Europe's top club prize in June, ​reports claimed Liverpool would offer the former Dortmund manager an €11m-a-year extension. However, Klopp publicly insisted there was 'no need' for a renewal currently.