​Liverpool manager Jurgen Klopp believes that Xherdan Shaqiri has the potential to become an attacking midfielder and could be Liverpool's long-term replacement for Philippe Coutinho.

Shaqiri's first two Premier League starts for Liverpool came through the centre, taking up the role which Coutinho occupied in the first half of last season before his transfer to Barcelona. 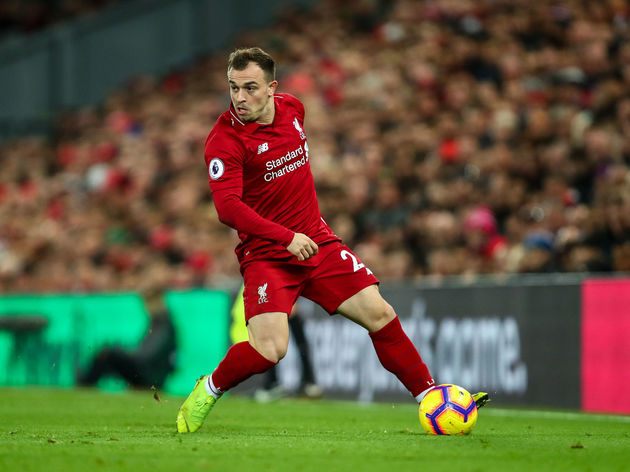 Klopp felt that Shaqiri was not suited to t

Liverpool tried to sign Nabil Fekir from Lyon last summer and are reportedly still in the market for an attacking midfielder to replace Coutinho, but Klopp believes Shaqiri could become that player over the next few years.

"We did have to find a position for him," Klopp told ​Sky Sports News. "That's a pretty good one, we tried it in a 4-3-3, he can't play there yet as a half-space midfielder. You don't want to force a player into a position, you want to show his strengths, not where he isn't good.

"Xherdan's main quality is obviously offensive - creating, shooting, finishes, being between the lines - and in a half-space position, there is a lot of defensive work.

"He can do that and he gets better day by day and maybe one day, he could play it like Phil [Coutinho] could play it in the last half year he was here." Shaqiri started both of Liverpool's matches over Christmas but may be rested for tonight's top of the table clash with Manchester City if Klopp takes a more conservative approach.