​Jurgen Klopp joked that Jamie Vardy will score five goals against his side when the two clubs meet in the Premier League on Saturday, if Liverpool don't resolve the defensive issues that arose against Salzburg on Wednesday night.

The Reds blew a three-goal lead at Anfield in the Champions League against Red Bull, yet survived the scare to emerge 4-3 victors and secure their first win of the competition in a barnstorming clash against the Austrians.

"It's better you learn the lesson in the game..."

Seemingly cruising in the first-half after some scintillating attacking play, ​Liverpool raced into a 3-0 lead courtesy of goals from Sadio Mane, Andrew Robertson and ​Mohamed Salah.

They were given a reality check just before half-time, however, when

“How do I explain that?" Klopp told BT Sport, via the ​Mirror. "

Stopping short of merely criticising his own team, Klopp was quick to praise Wednesday's opponents for their attacking display. The visitors gave their all in the match, and Klopp explained that when they take on ​Premier League side Leicester on the weekend, Brendan Rodgers will be licking his lips at the prospect of ​Vardy lining up at Anfield if the Reds produce a similar performance. 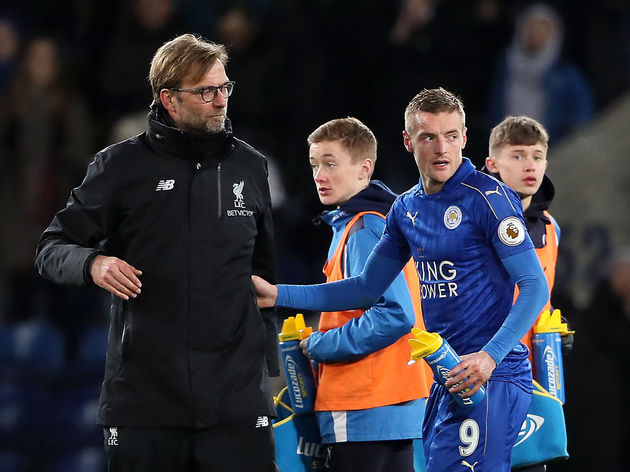 He added: "It wasn’t the goals as such, they played some great football. But we gave the ball away for the first goal, the third goal, and the positioning was just rubbish!”

“I’m sure Brendan Rodgers will think if we defend like that against Leicester on Saturday, Jamie Vardy will run around our goalkeeper and score five times!”