​Liverpool manager Jurgen Klopp is thought to have made Bayer Leverkusen star Kai Havertz his 'number one target' this summer.

The 20-year-old German came to prominence last season with a series of breathtaking displays in the Bundesliga, quickly establishing himself as one of the brightest talents in the league.

As we so often see, Havertz was quickly linked with a move to some of the world's biggest clubs, but it's a switch to runaway Premier League leaders Liverpool that continues to make the headlines, week in and week out.

The Reds are currently enjoying an outstanding season of their own, building on the success of last season's Champions League success to run away with the Premier League title. Jurgen Klopp's side are an astonishing 22 points clear at the top of the table, winning 24 of the 25 Premier League games they have played.

But despite their roaring success, it's regularly been claimed that Philippe Coutinho's move to Barcelona in January 2018 has yet to be addressed by ​Liverpool. With that in mind, the ​Express now suggest that the club - and Klopp specifically - have placed Havertz at the very top of their summer wish list, and are 'desperate' to sign him.

That claim would correlate with German publication SportBild's recent report that intimated contact had been made with the player's entourage and that Klopp's presence at Anfield gives the English side an advantage over other interested clubs, including Bayern Munich and Manchester United.

But any deal for Havertz won't come cheaply, and for that reason should perhaps be treated with caution. The young Leverkusen star would, likely, need to become an instant starter to justify his alleged price tag of around €100m, and the idea of Gini Wijnaldum or Jordan Henderson being forced out of the side to accommodate him seem hard to believe, given Liverpool's recent success.

That said, Leverkusen are ​understood to be 'expecting' an offer from Liverpool for Havertz, whose contract runs out in 2022, but sporting director Rudi Voller claims the club are under no 'time pressure' to sell.

If Havertz does stay put, the Express suggest that a return to Anfield may be on the cards for Coutinho, with his dream move to Barcelona now in tatters. The Brazilian has been farmed out on loan to Bayern this season after failing to make the grade in Spain, but again he's been unable to impress. 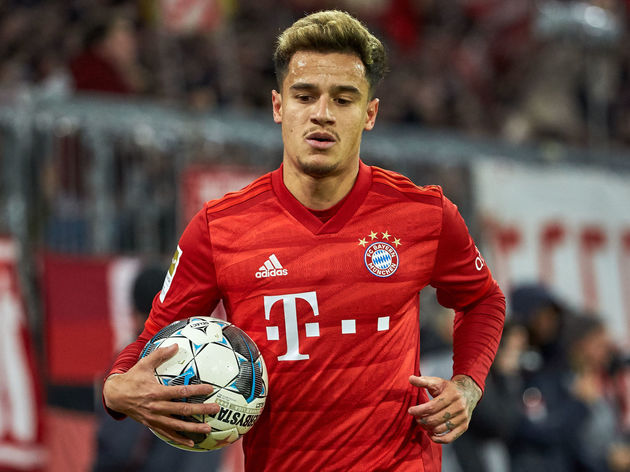 That has left the Catalan giants contemplating a cut-price sale, and reports suggest that Barça are prepared to sell for a fee just shy of £80m.