Here's a summary of the key comments from the Liverpool boss...

Klopp has confirmed that Alisson, who suffered a calf injury 39 minutes into the new Premier League season and hasn’t been seen since, definitely won’t feature against Salzburg. But the Brazilian stopper could be back at the weekend and will definitely return after the international break. 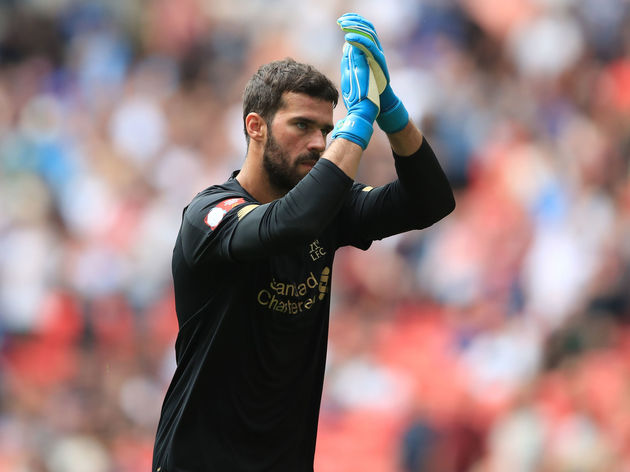 Understandably, Liverpool want to take no risks, even if Alisson himself is itching to play.

“There are two opinions,” Klopp said of his number one goalkeeper.

“One is Ali's opinion, one is the medical department. We have to wait. It was a serious injury and we don't want to take any risks.

"There are two opinions; one is Ali's opinion, one is the medical department's. We have to wait. It was a serious injury and we don't want to take any risks. For tomorrow, no chance. We have to see for Leicester, then for United 100 per cent"#LFC

Joel Matip has been a top performer at centre back so far this season, but the former Cameroon international suffered a knock against Sheffield United at the weekend that will force him to miss Salzburg’s visit to Anfield. That is likely to mean a recall to the first XI for Joe Gomez, who has only started two games this season, excluding the Community Shield.

Further up the pitch, Xherdan Shaqiri is still not ready to return after his recent fitness issues.

Liverpool are facing punishment for Pedro Chirivella’s substitute appearance against MK Dons in the Carabao Cup as the 22-year-old Spanish midfielder did not have international clearance to play. A report from The Times this week suggests that Klopp is ‘horrified’ by the prospect of a replay after previously championing fewer games due to the high demands on players.

“I can’t say too much about it,” Klopp said when quizzed at the press conference.

The Times report noted that Liverpool are expected to argue in mitigation that they should only be fined as they applied to the FA for clearance for Chirivella back in July, reminded the governing body ‘on several occasions’, and even included him in their 25-man first-team squad.