​Liverpool manager Jurgen Klopp has confirmed that Roberto Firmino could yet be in contention to play against Everton on Sunday after recovering from his injury.

The Brazil international missed the midweek thumping of Watford due to the ankle injury he had suffered in the previous Premier League game against Manchester United at Old Trafford. However, speaking in his pre-match press conference, Klopp revealed that the Brazilian had re-joined training with the Reds and will be monitored ahead of the clash with ​Everton.

He said (as quoted by the ​club's official website): "He was out there in the running yesterday but we have to see how he reacts. I will see him in a few minutes for the first time since yesterday.

"He is very positive, that’s Bobby’s nature. We have to see. I don’t see any other player – OK, we have maybe two or three more of them – being even in contention for that game after the little problem he had.

Jurgen Klopp starts his press conference with good news on Roberto Firmino: "He was out there on the running and is VERY positive, but we will have to see how he reacts. I don't see any other player being ready for that game." #LFC

“It looks really good but if he will be ready for Sunday, I don’t know in this second.”

In a further injury boost for ​Liverpool ahead of the club's title run-in, the ​Daily Mirror report that Joe Gomez is expected to make his return later this month, whilst fellow defender Dejan Lovren may be fit for selection after the Merseyside derby. 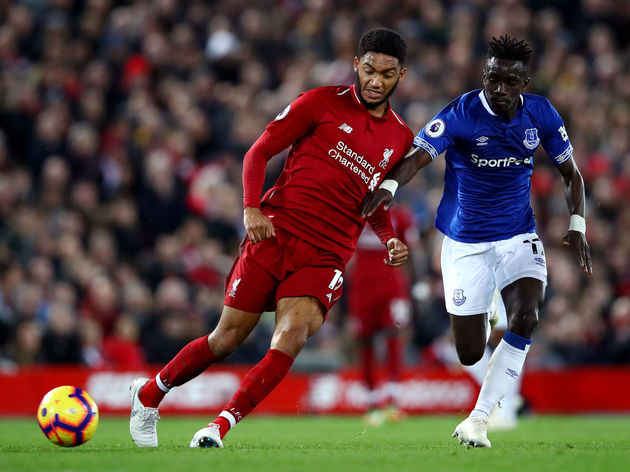 Long-term absentee ​Alex Oxlade-Chamberlain, who has been out of first-team action for the Reds for nearly a year with a knee ligament injury, has also returned to training ahead of making his comeback.