Jurgen Klopp has given a positive injury update on defensive duo Joe Gomez and Joel Matip as they step up their recovery efforts after spells on the sideline.

Gomez suffered a fracture in his lower leg during Liverpool's 3-1 win over Burnley in the Premier League in early December, whilst Matip required surgery after fracturing his collarbone during the Reds' decisive Champions League win over Napoli at Anfield just one week later. 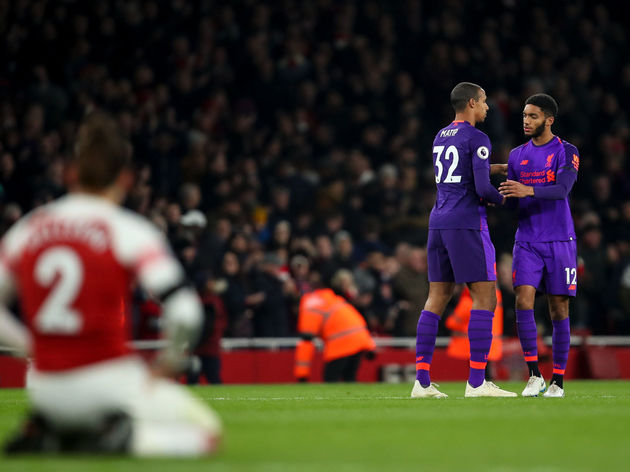 The pair have been out of action for a number of weeks. However, Klopp has provided an update on the defenders' injury status. Speaking to the club's ​official website, Klopp revealed that whilst neither will be fit enough to feature in ​Liverpool's FA Cup clash against ​Wolves on Monday night, both are edging closer towards a return to full first team training.

Klopp is quoted as saying: “[Joe is] getting better, it’s getting better, but he is not yet involved. Joel is maybe a bit closer, I’m not sure, but hopefully he moves completely normal. We have to see how the bone healing is, that’s always how it is when something [has] broke, but from his movements it looks nearly normal.

“But there are still a few days to go until we can have them in team training, until [Joel] is ready for contact, which for a centre-half is pretty important. Until then we will make all the fitness work. “The good thing is Joel can do all the fitness work already since a week or so ago, so that means when he will be back he will be 100 per cent fit. Then he has to get rhythm and everything will be fine.”

This news will be music to the ears of Liverpool fans who will be desperate to see the pair back playing again as soon as possible. Gomez looked to have formed a formidable partnership in the centre of defence with Virgil van Dijk before his injury, whilst Matip's versatility and experience at the back gives Klopp a variety of options in terms of team selection if needed.