​Liverpool manager Jurgen Klopp claimed that several refereeing decisions made by referee Martin Atkinson went against his side during ​their 1-1 draw with Leicester City.

Sadio Mane gave the Reds the perfect start with his goal after three minutes, although Harry Maguire's finish

Speaking post-match however, as quoted by ​Sky Sports, Klopp felt Leicester's scorer was lucky to stay on the pitch following a foul on Mane after 40 minutes, and also claimed his side were denied a penalty when Ricardo Pereira looked to bring down Naby Keita in the second half. 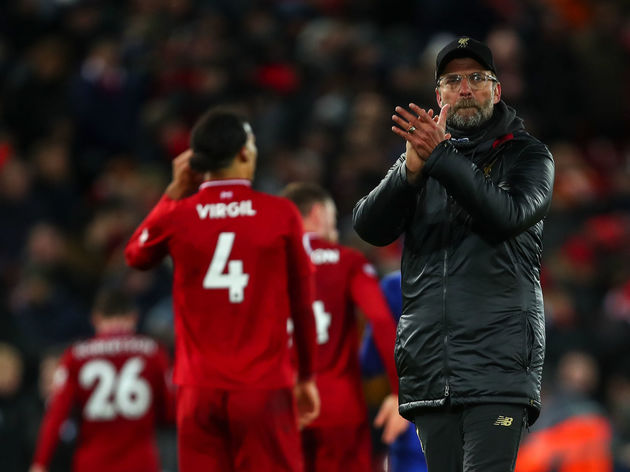 "They had chances and so it's of course absolutely OK the 1-1," Klopp said.

"It's now the second time in a game where a striker from my team, somebody brings him down at the halfway line and we treat it like it is I don't know where.

"He would not have been alone through [on goal] because​ Mohamed Salah would have been around him. It's a two-versus [Kasper] Schmeichel situation, if that's not a real chance and goalscoring situation then I don't know.

10 - Liverpool attempted just 10 shots in this game against Leicester – the only occasions when they’ve had fewer in the Premier League this season were both against Manchester City (seven, both home and away). Shackled. pic.twitter.com/fOE21mFhB3

"But again, Leicester had chances and they had nothing to do with the situation around that, it's a ref thing and we now have to accept the result, which is no problem."

The point means ​Liverpool open a five point lead over ​City in the ​Premier League, although that could be cut to just two points by the time the Reds play next, when they travel to face West Ham United on February 4.

It's only the second time Liverpool have failed to win at Anfield in the Premier League this season.https://t.co/wU2mRw2bsF #MOTD pic.twitter.com/61snTVXXS0

While Klopp failed to hide his disappointment at not beating Leicester, he was content that his side at least picked up a point with only 14 games of the season remaining.

FT: #LFC 1 Leicester 1: Liverpool go 5pts clear at the top of the PL after a frustrating stalemate with the Foxes at Anfield. Maguire cancelling out early Mane goal. Klopp's side a long way from their best but not helped by some wretched decisions.

"We take what we get and tonight it's a point and it's more than we had before the game so that's fine. Is it that I'm now overly happy? No, of course not, we wanted to win that game."