Jurgen Klopp has given an encouraging update on the fitness of Alex Oxlade-Chamberlain, revealing that he expects the Liverpool winger to return to first-team action before the end of the season.

Oxlade-Chamberlain suffered serious knee ligament damage in the first leg of last season's Champions League semi-final against Roma and has not featured since.

Complications to the injury saw ​Oxlade-Chamberlain's expected return date delayed, with some reports suggesting that he wouldn't be fit to play any football for ​Liverpool this sesaon.

Klopp says Alex Oxlade-Chamberlain "is closer, good, promising, close to a return." He is already working on fitness issues and the #LFC manager says fans will see him this season.

However, Klopp told reporters (quoted by the ​Liverpool Echo) that Oxlade-Chamberlain looks good in training and should return in time to play a part in Liverpool's title challenge.

In a joint update on the fitness of young striker Rhian Brewster and Oxlade-Chamberlain, Klopp said: 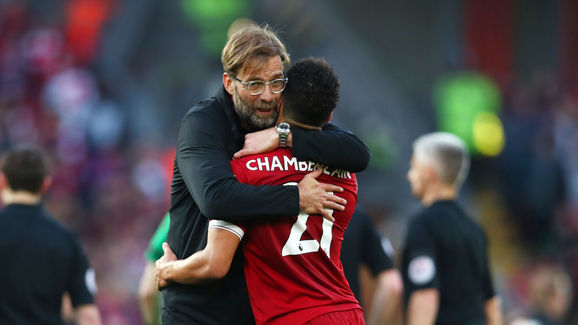