​Liverpool manager Jurgen Klopp has insisted he's 'very happy' with his current squad but hasn't ruled out making any signings in the January transfer window.

The Reds currently hold a four point lead at the top of the Premier League after amassing 48 points from their opening 18 games in the league, while last season's Champions League runners up have secured their place in this season's round of 16. 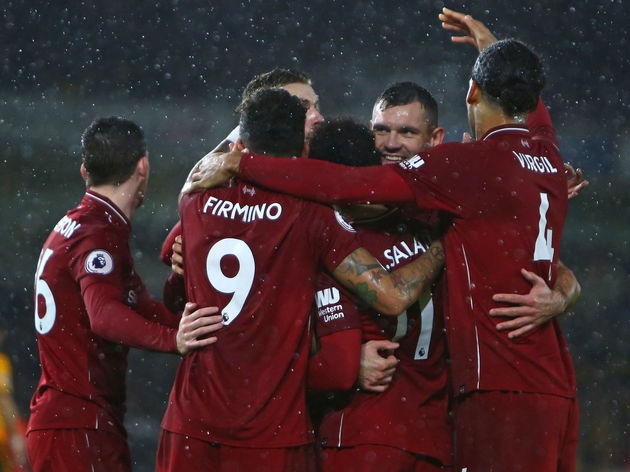 After spending over £175m in the summer on Fabinho, Naby Keita, Alisson and Xherdan Shaqiri, Klopp insisted he is content with the group of players he has at his disposal, although admitted the 'door is open' to make signings in January should he need to.

As quoted by the ​club's official website, he said: "

"Well, if a few more things happen then we need to have a look because there are a monstrous number of games still and it’s really important that we can always react.

"But as long as we can react then it’s all good, but how I said, if something will dramatically change then we need to have a look, that’s all. If nothing happens, then I would say we will not do anything."

​Liverpool face Newcastle at Anfield on Boxing Day, as they look to maintain their strong start to the campaign when they face opposition they haven't lost to at home in the league since 1994.

Liverpool will top the Premier League at Christmas.

Eight of the last nine to do so went on to win the title. pic.twitter.com/PaFKmKmXmi

The current ​Premier League leaders have received some welcome news ahead of the game, with ​Trent Alexander-Arnold set to return to action after missing the last two games with a foot injury.