​Liverpool progressed comfortably to the semi-final stage of the Champions League after a ​6-1 aggregate win over Porto on Wednesday evening.

The victory meant that Jurgen Klopp's side will now face Barcelona in the semi-final, with the La Liga giants knocking out Manchester United on Tuesday. 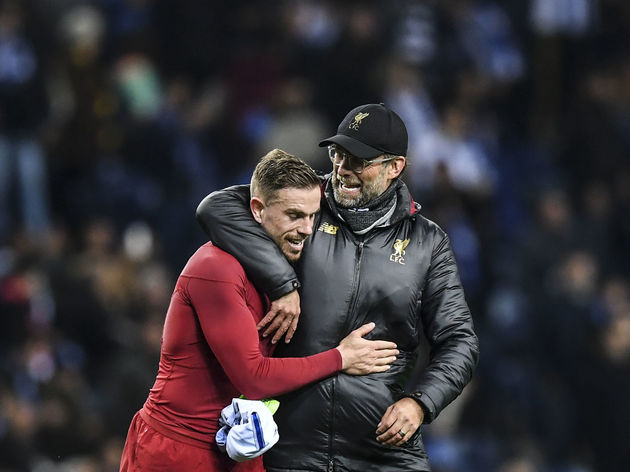 The Reds were put under pressure from the first minute in Portugal, with Porto looking to get an early goal and unsettle Liverpool, but their Champions League nous paid dividends after they rode the wave, and a 26th minute goal from Sadio Mane helped calm any nerves as Liverpool entered the break up 1-0.

Even so, Klopp admitted after the game that he elected to make some tactical changes at half-time. As reported by the ​Liverpool Echo, Klopp said: “We tried to change the system a couple of times and at half-time we moved to 4-4-1-1 and that helped, as we closed the centre better and it meant they couldn't switch the ball.”

Klopp also touched upon substituting Divock Origi for Roberto Firmino at the break: “Bobby has no fitness issues and because he doesn't get any, that's why we started with Divock.

"We defended as a unit in the first line not too good, we had to change it at half-time."

Speaking to ​Yahoo Sport after the game, the German boss said: "

2 - Liverpool have scored with both of their shots on target against Porto, with Mohamed Salah now level with Sadio Mane and Ian Rush as the Reds' joint second highest European Cup/CL goalscorer. Clinical. #PORLIV

“It was a difficult game, but going to the semi-finals, we are the only ones who were there last year and we are in the semi-final again. It’s very special.”