Jurgen Klopp's agent Marc Kosicke​ has indicated that Liverpool are keen to reward the German's efforts with a contract extension that keeps him at the club beyond 2022.

Klopp joined the Reds back in 2015 after leaving Borussia Dortmund, and has proved to be a revelationary appointment, with his near-flawless recruitment and tactical know-how transforming a flailing eighth-placed side into European champions within four years.

As such, it comes as little surprise to hear that the Reds are keen to hold onto him for as long as they can, and his agent has offered some encouragement to that end by admitting that Liverpool would like to extend his stay. “​Liverpool would even like to extend it [his contract]. Jurgen felt again at the recent celebrations [after winning the ​Champions League], what a great club ​Liverpool is, and that he is in the right place at the right time,” Kosicke told German outlet Welt.

He is an agent, however, so it didn't come without some pot-stirring, as he eluded to suggestions that he could eventually leave to join Germany in the event of Joachim Low stepping down.

“Jurgen himself once said that in the event that Joachim Low someday no longer wants to be the national coach and it would be possible for him do that job, this is an option for him.”

He went on, adding that it would likely take an incredible offer to convince Liverpool to part with Klopp in the near future, given that he is largely responsible for a surge in the club's financial value. 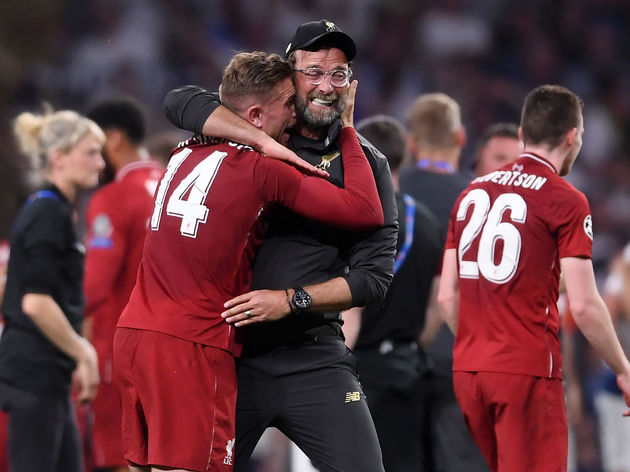 "Jurgen is currently not affordable, but it is difficult to measure the transfer fee in his case anyway," Kosicke added.

"How is this going to work for a coach who has increased the club's value from nearly £900 million to just under £2.8 billion? That is not how it works.”