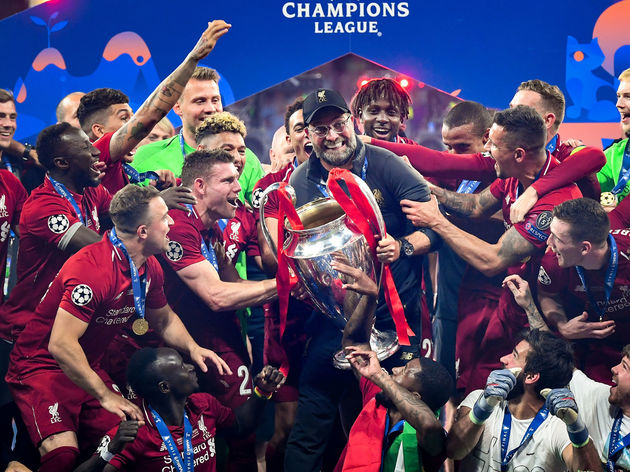 "When we were travelling around Liverpool with the European Cup on that magical Sunday, the words I heard sung the loudest were: 'we're never gonna stop!'

"That's what this team and club has to live by. We arrived at this point because we were hungry for moments like June 1."

Liverpool had a dramatic run to the Champions League final, turning around a 3-0 first-leg deficit against ​Barcelona in the semi-final to win 4-0 in the second at Anfield despite being without key duo ​Roberto Firmino and ​Mo Salah. Klopp referenced this game and heaped praise on his side for their achievements throughout the campaign.

"My players this year did remarkable things. I called them mentality giants after we beat Barcelona - but that's not saying enough. Skill, intelligence, emotion, fitness - they have it all."

The 52-year-old German also had a message for the Anfield faithful, saying; "Take all the joy from this campaign and do so in the knowledge that we want it again.

"Love the memories and use them to shape our future."