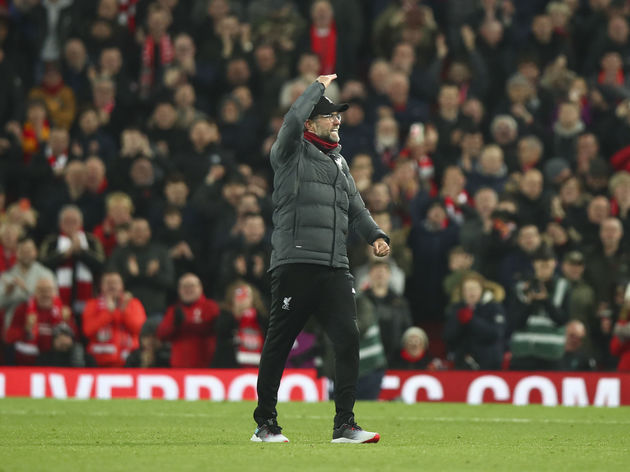 He did however admit that their lead over the defending champions is far beyond anything he would have imagined at this stage in the season.

“We don't feel any pressure, to be 100% honest," he said, as quoted by the Liverpool Echo. “The things that will now come up, we know about. If you are with us, then nine points is a positive. There's a long way to go.

“Other people will 100% say, and have said already, that from now on ​Liverpool can only lose it.

“Today we were completely focused on this game and not the situation in the table and how many points we are ahead of ​City in the table.

"[It's] crazy. Nine points ahead of City, you cannot imagine that something like this would happen. But it's not important because who wants to be first in November? You want to be first in May.

“It's only November. We all know that but don't have to say it as it's clear. We will try and see what happens in the end.

“The pressure or whatever is not there yet. It will come, but at the moment it's just opportunity and go for it and do the work, throw all in what you have and let's see what happens.”