​Liverpool manager Jürgen Klopp has fired back at Manchester City boss Pep Guardiola as the pair continue their war of words in the buildup to their Premier League meeting on Sunday.

Guardiola recently suggested that Sadio Mané is a diver, causing Klopp to ​leap to his winger's defence. The German was initially eager to avoid clashing with Guardiola, but has since been unable to hold his tongue. 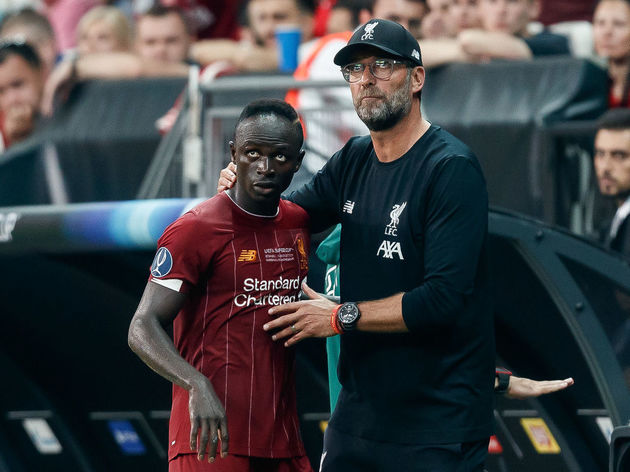 Speaking ahead of ​Liverpool's meeting with Genk on Tuesday (via ​Metro), Klopp continued to defend ​Mané but could not resist taking a sly dig at ​City's use of tactical fouls - a tactic which has been criticised. "That is maybe already too much. I can say Sadio is not a diver. There was a situation in the ​Aston Villa game where he got contact and went down.

"Maybe it was not a penalty but there was contact. It’s not like jumping over a leg and [acting] like he hit you or whatever. All the other penalties were penalties because he was in that situation."

City's trip to Anfield is set to be one of the biggest games of the ​Premier League season, but Klopp was adamant that he is only thinking about Genk.

European night. Another Anfield battle. UP THE REDS! ✊ #ThisMeansMore pic.twitter.com/dvzHaClmuE

"I don't understand these types of things. My brain is not big enough to think about another team as well," Klopp explained (via the ​Evening Standard).

"I have enough to do to think about us and deal with all these things. [On Tuesday] we play Genk and that deserves all my attention and gets it. After that we can speak about Manchester City."