​Liverpool manager Jürgen Klopp is set to turn down the opportunity to leave Anfield this summer, if Real Madrid offer him the chance to succeed Santiago Solari manager.

Los Blancos crashed of the Champions League on Tuesday evening, as Ajax humiliated them in their own backyard with a sensational 4-1 (5-3 agg.) win. Given the club's disastrous La Liga form this season, the possibility of winning the European competition was Solari's only hope of remaining in charge, and he's now likely to be relieved of his duties in the summer. 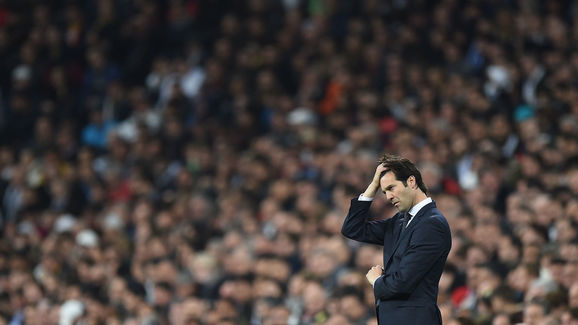 According to the Daily Telegraph, ​Los Blancos have drawn up a stellar shortlist of candidates to step into the managerial hot-seat, with the frontrunners believed to include the likes of Massimiliano Allegri, José Mourinho, and Mauricio Pochettino. However, the report claims Klopp is their number one target, and that they'll soon be in contact to make an offer.

The good news for ​Liverpool fans is that their beloved boss is unlikely to entertain any offers from Real, no matter how lucrative they may be. The former ​Borussia Dortmund boss' current deal runs until 2022, and the report claims he is determined to continue building upon the impressive progress he's made with the club.

The 51-year-old is now in his fourth season at the club, but is yet to win them a single piece of silverware. However, they've played some of their most exciting football in years under his stewardship, and they reached the Champions League final in 2018. This season, they could yet win the aforementioned trophy, and are also in the running to win the ​Premier League title.

Certainly, ​Real Madrid's interest in Klopp makes sense; he's recently showed himself to be more than an entertainer, after vastly improving his side's defending over last summer, and he excelled during his time managing in ​Bundesliga with BVB - winning two league titles on the trot.

But for now, his attentions look to focused solely on the Reds, with his ambition to bring the club a long-awaited glut of honours his main priority for the foreseeable future.

In other news,​ Liverpool are believed to have made contact with RB Leipzig of the possibility of signing their star striker Timo Werner ​in the summer. The Germany international has been in ruthless form in front of goal for his side again this season, and the Reds are thought to be eager to have him lead their line next season.