The Premier League have revealed that all nine Boxing Day games will be streamed live on Amazon Prime, with Leicester's clash with Liverpool pushed to a late 8pm kick off to accommodate the schedule.

There will be four separate kick-off times for the first time in Premier League history, including 12:30pm, 3pm, 5:30pm and 8pm. All of these matches will be shown exclusively on ​Amazon's streaming service, with Manchester City's game against Wolves at Molineux on December 27 also part of the package.

Tottenham vs Brighton will be first up on Amazon's 10-hour Boxing Day football marathon, with Bournemouth vs Arsenal, Sheffield United vs Watford, Chelsea vs Southampton, Aston Villa vs Norwich, Crystal Palace vs West Ham and Everton vs Burnley all scheduled for 3pm and Manchester United vs Newcastle United then facing off at 5:30pm before the late game between the Reds and the Foxes.

The backlash to these revelations have already begun, with Man City COO Omar Berrada claiming it could threaten the 'sporting integrity' of the league as well as the 'quality of the product', with just 48 hours between their clash at Wolves and their hosting of Sheffield United on the 29th.

And Liverpool supporters' group Spirit of Shankly was equally scathing of the festive schedule, saying it shows 'no consideration to match-going fans and those employed at the stadiums', while calling for a rescheduled start of 3pm.

Boxing Day’s 8pm kick off shows no consideration to match-going fans & those employed at the stadiums.

SOS call on the authorities to do the right thing and revert all Boxing Day fixtures to a sensible kick-off time. We suggest 3pm.#Nohohohohttps://t.co/kkTPxNcblr pic.twitter.com/CVHhZeZpZ4

'Insiders' at the Premier League claim the issues have arisen due to the fact that this is the first time three broadcasters - Amazon, Sky Sports and BT Sport - have possessed packages, while there are also three separate rounds of fixtures where all 10 games will be shown live.

This has caused a delay in the publishing of these dates, something the Football Supporters Federation admonished in their statement.

“The TV selections for December and January were due to be published by October 11," they said, via the ​Times. "This has meant many fans wanting to book travel to games in the busy December period are potentially losing out on cheaper travel. 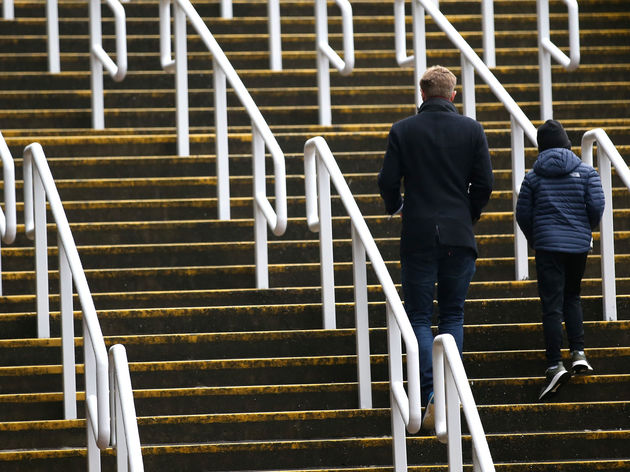 “Broadcasters’ impact on supporters, leaving match-going fans out of pocket on numerous occasions last season, has been a growing problem in recent years as the number of televised games has increased.”