​European champions Liverpool head into the 2019/20 season right where they left off 2018/19 - a goalline clearance away from beating Manchester City.

Following Community Shield defeat, the Reds face newly promoted Norwich City in Friday evening's Premier League curtain-raiser and, with the Champions League ticked off the to-do list, Jurgen Klopp's number one priority in 2020 will be: the league the, league, the league.

Liverpool came desperately close to lifting the title for the first time in 29 years last time around but were pipped by just a point on the final day of the season by City who had to break records all over the shop to stop the Reds picking up the trophy.

With vengeance on the agenda (but very few signings), here's everything that you need to know ahead of the new campaign... 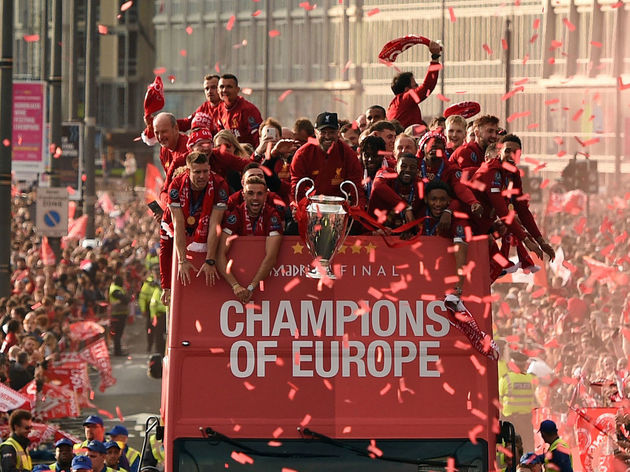 ​Pretty damn good, thanks for asking.

In case you missed it, Jurgen Klopp's men turned around their ​Champions League heartbreak against ​Real Madrid in 2018 season by ​Tottenham Hotspur 2-0 in the Spanish capital to claim their sixth European title

Meanwhile, the 2018/19 ​Premier League campaign was one of mixed feelings for Klopp's Liverpool. The German steered his side to a second-place finish, with ​Liverpool putting together a near-perfect campaign. The Reds closed a previously 25-point winning margin in 2017/18 to just one point.

Alas, 'near-perfect' just isn't good enough when dealing with this City team. However, to set a record points tally for second place (97) and only lose out to one of history's greatest sides by a couple of goalline decisions and a Vicent Kompany wonder-strike isn't half bad. In fact, it should be a source of pride. ​Liverpool's pre-season results were of a mixed bag but most importantly, Klopp's men got vital minutes under their belt ahead of the ​Premier League campaign.

In a pre-season where Klopp was without the majority of his key men, ​Liverpool won just three out of their seven fixtures. Although the results shouldn't worry the German too much, the Reds were able to experiment with the youngsters in their squad and give them vital experience of the first-team set-up.

Liverpool ended their pre-season with a Community Shield match against ​Manchester City where the Reds lost on penalties after drawing 1-1 in regulation time. Klopp's men were slow out the blocks, with a Joe Gomez error gifting the opportunity for the Citizens to go ahead. However, in the second half, Liverpool came out firing producing a dominant display. Despite the result, their performance should set the precedent for the season ahead. 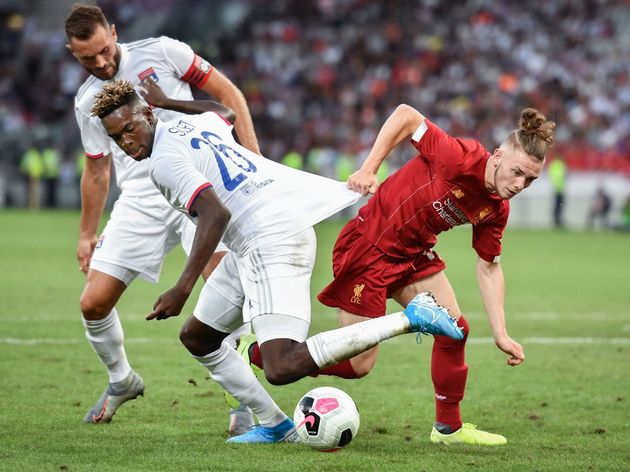 'If it ain't broke, don't fix it' seems to be ​​Liverpool's approach this summer and it's been a relatively quiet transfer window, following the success of last season.

Klopp's first summer signing was 17-year-old Dutch centre-back Sepp van den Berg from Zwolle. The youngster looked sharp in pre-season but won't be challenging the likes of Van Dijk and co for their starting positions just yet.

16-year-old Harvey Elliott, who is the youngest player to make a Premier League appearance, joined from ​Fulham and may be earmarked for some game-time, particularly in the domestic cups. Simon Mignolet has left to join Club Brugge, with the club granting him his wish for regular first-team action.

Strikers ​Danny Ings and Daniel Sturridge have both left the club, with the former completing his permanent move for Southampton while Sturridge is now a free agent.

Alberto Moreno too has left for Villareal after running down his contract with the Reds, while Harry Wilson will spend the season on loan at Premier League Bournemouth. ​​Liverpool's attack continues to remain one of the strongest in world football. ​Whilst it's hard to pin-point an real weakness in this ​Liverpool side, their midfield creativity could be seen as one.

The Reds creativity often comes from their full backs rather than through the middle, with Klopp preferring to use his engine room trio as a unit of high-pressing shuttlers who facilitate the wide the men.

Coming back in this season, Klopp does have players such as ​Oxlade-Chamberlain back at his disposal for a more inventive option, whilst we should see Naby Keita given more freedom following a mixed first season.

A lack of depth at full back following the injury to Nathaniel Clyne is another concern. ​The PFA Player of the Year, Virgil van Dijk will continue to be key for Liverpool next season. His presence and leadership at the back revitalised the Liverpool defence, giving them the stability that they desperately needed.

No player in 64 appearances managed to dribble past the colossal Dutch centre-back last season, while his displays and awards have led to his name to be mentioned as a ​​Liverpool will obviously be looking to go one better next season in the league and win the title this time around. They certainly have the capabilities to do it, but whether their lack of action in this summer transfer window will come back to haunt them is yet to be seen.

How far the Reds go in the domestic cups depends on Klopp's level of interest really. He has shown little consideration for the FA Cup or Carabao in his time in England but lifting another piece of silverware could be draw, even if they fixture schedule is already jam-packed. There is also the small matter of the Club World Cup in December.

A third Champions League final in three years would be some feat for Liverpool, but a favourable draw and a bit of luck on the way and you just never know. Klopp is unbeaten with Liverpool over two legs, so you can expect the Reds to reach the latter stages. With the final being in Istanbul next season, you never know what could happen...