​James Milner scored a last minute penalty for Liverpool to snatch a dramatic victory over Leicester at Anfield on Saturday afternoon, keeping the Premier League's only 100% record intact.

The match began at a frantic pace, with Liverpool looking to make a quick start – Milner the first to squander a good chance, just 13 minutes in. Both sides played with great intensity and purpose, but it was the Reds who took the lead through Sadio Mane, who latched onto a wonderfully executed Milner pass, before ruthlessly firing home five minutes before half time.

Mane had another opportunity before the break, while Leicester's Jamie Vardy also came close, but it was just the one goal that separated the sides at the interval. Jurgen Klopp's men came flying out of the traps in the second half, with Mohamed Salah and Mane both inches away from doubling their team's lead.

Liverpool were punished for not taking their chances with just ten minutes left on the clock, James Maddison firing home from the edge of the area to level the score. The game looked to be heading for a draw, but the Reds were awarded a fairly soft penalty – which Milner converted with almost the last kick of the game to give his side all three points.

Liverpool men came into the game with a perfect 100% record in the league, having won their opening seven fixtures. With the international break just around the corner, Klopp would have emphasised the need for three points, as well as a strong showing, to keep up the momentum the Reds' lightning start has generated. 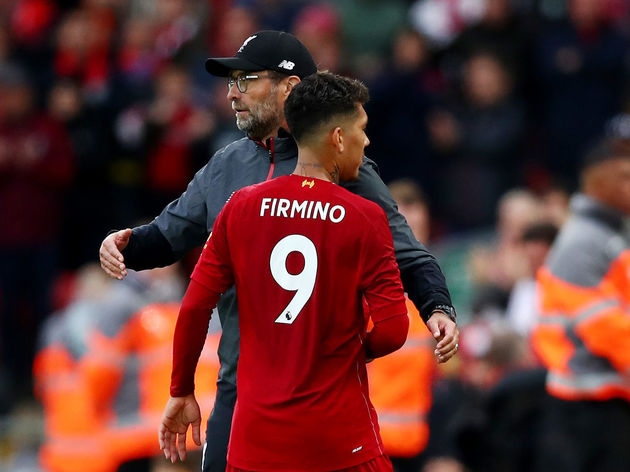 The players worked tirelessly to harry Leicester and limit their chances. In fact, the Reds prevented the away side from having a single shot in the first half, signifying the intensity of the display. However, after Mane's first half strike, the Anfield side were unable to gain some breathing room by scoring a second despite countless chances.

This left the crowd getting increasingly frustrated, with the Foxes growing into the game. This lack of ruthlessness in front of goal on Saturday left Rodgers' men with the chance to capitalise, and that is exactly what they did. Although Milner found the net late on with a spot kick, Klopp will have been frustrated by his team's display.

Liverpool happy to sit back and soak up the pressure; haven't really turned up to attack in this half and it's cost them.#LIVLEI

We need to put some of these away #LIVLEI #LFC

STAR PLAYER - Liverpool were not at their fluid, free-flowing best in the first half, but went into the break in the lead thanks to a precise finish by Sadio Mane. The forward looked razor sharp throughout the match and was the Reds' standout performer.

While the goal was expertly taken, it was his overall work-rate in this performance that was so impressive. Each time Leicester broke forward with pace and power, the 27-year-old would be seen sprinting past his midfield teammates to get back and support the defence. The best part about Mane is that he doesn't stop to appreciate his fine defensive work, instead showing tremendous fitness to burst forward with the ball and test the opponents' defence.

It was yet another world-class display from Mane, and there was no better way than to score his 50th Liverpool goal on his 100th league appearance.

Is Sadio #Mane playing winger and full-back today? Goodness gracious the man is ALL OVER THE PITCH!

It was a special day for Brendan Rodgers, as he returned to Anfield to take on his former employers. As a result of a fine start to the season, many have tipped Rodgers' side to be the most likely new side to break into the top six this season. While the Foxes have played some delightful attacking football this season, there were question marks over how they would cope against a ruthless Liverpool side. From the off, it was clear that they would not sit back and defend, with the team looking to commit numbers forward in each attack. It made for a fascinating end-to-end spectacle.

However, the problem when committing so many numbers forward against a world-class team like Liverpool is that they can punish you. That is exactly what Milner and Mane did, with the former needing to play just one pass to get his teammate in behind. However, the Foxes persisted with their game plan and eventually were rewarded for it with Maddison's late equaliser.

Despite the fact that they ultimately went on to lose the game as a result of a soft penalty, Leicester showed their resilience and, once again, proved that they are a side to be feared this season.

#LIVLEI It is so hard to play against this Liverpool team. You can defend with 10 men behind the ball and still concede, or you can try to play football and they still destroy you on the counter attack. #Liverpool #Leicester

STAR PLAYER - Leicester had to bide their team and soak up plenty of pressure, and Caglar Soyuncu was crucial in keeping the away side in the game.

The centre-back has made a remarkable start to the new campaign, and his confidence was there for all to see at Anfield. Soyuncu was assertive and domineering, keeping Roberto Firmino quiet throughout the game - which is no small task. To cap it all off, the defender made a vital block to deny Salah moments before the Foxes equalised.

Liverpool will travel to take on arch rivals Manchester United at Old Trafford after the international break, before taking on Genk in the Champions League.

Leicester, meanwhile, will host Burnley in the league after the international break, before a trip to Southampton.