Whoever said the closure of the transfer window meant no more major signings must be feeling fairly silly now, as Liverpool are set to announce the game-changing signing of 35-year-old goalkeeper Andy Lonergan on a one-year contract.

The experienced stopper, let go by Middlesbrough in the summer, was drafted in for the Reds' pre-season tour to provide cover between the sticks in the absence of Alisson, who was on international duty, and Caoimhin Kelleher, who is out with an elbow injury.

He played the first half against Sevilla, but after briefly staying on at Melwood as a trialist, the return of Alisson and signing of Adrian from West Ham meant his services were no longer required, and he was sent on his way. 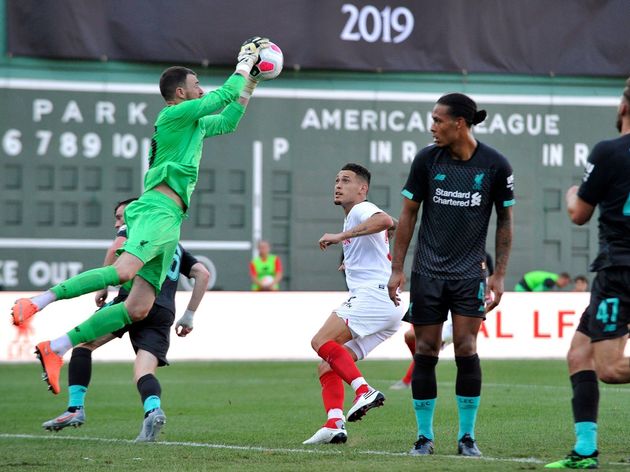 Lightning seems to have struck twice, however, as after the Brazilian was forced off in the win over Norwich with a knee injury that is ​expected to keep him sidelined into September, ​the Reds have once again found themselves short of senior options in goal.

The​ Liverpool Echo say that they have once again turned to Lonergan for relief, having agreed a one-year deal that could see him occupy a spot on the bench for Wednesday's UEFA Super Cup clash with Chelsea.

The Reds are short on keepers. Here are 5 they could pick up even after the transfer deadline... https://t.co/6WTp4Zf0bP

The 35-year-old last featured competitively for Rochdale in League One, and has played for as many as 12 different clubs, including Leeds United, Wolves, Fulham and Middlesbrough over the course of his 19-year professional career.

He has notably never featured in the ​Premier League, but nonetheless offers extensive experience and a safe pair of hands in the event of any further crises.