Liverpool: All 6 Trophies the Reds Have Won on Penalties

​Liverpool have enjoyed some wonderful nights in Europe throughout their long, distinguished history.

A 2-0 triumph over Tottenham Hotspur took the Reds to a total of six European Cups, with two of those having being won via a penalty shootout. They likewise required spot-kicks to overcome Chelsea in the UEFA Super Cup on Wednesday evening after the all-English showdown ended 2-2 after extra time.

In Istanbul - the city where they earned a fifth continental crown in 2005 - it felt almost inevitable that they would defeat the ​Blues once the 120 minutes were up, even though penalties are something of a lottery. ​Liverpool have held their nerve at that stage so many times before, emerging victorious in six final shootouts to grow their enormous trophy haul.

As tribute to their Super Cup success, here's a look at all those honours the Reds have won from the spot.

Roma fans at the 1984 European Cup Final versus Liverpool, May 1984, taken by Chris Smith. Hugh McIlvanney once referred to himself as "Chris Smith's caption writer."#ROMvLIV pic.twitter.com/rrP1FSB2ik

Having lifted Old Big Ears in three of the previous seven campaigns, it was no surprise to see the Merseyside outfit reach another final in 1984. However, this would be their sternest test yet as they took on Roma in their own back yard.

Their Italian hosts were hostile both on the pitch and off it, the G Robbie Fowler had been prolific in the Reds run to the showpiece event at Wembley, collecting a hat-trick away to Stoke City, as well as the odd goal here and there. It was fitting, then, that the fans' favourite would hit a 25-yard opener versus ​Birmingham City to give Liverpool a lead at the break.

The men from the Midlands gained parity in the dying embers of the match through Darren Purse's penalty, awarded after Stephane Henchoz had brought Martin O'Connor down. Purse also slotted away his effort as the game went to penalties, though it was ultimately in vain.

Didi Hamann failed to find the net with an attempt, meaning it went to sudden death. Jamie Carragher kept his head, but Birmingham striker Andy Johnson could not beat Sander Westerveld and the League Cup was Liverpool's. 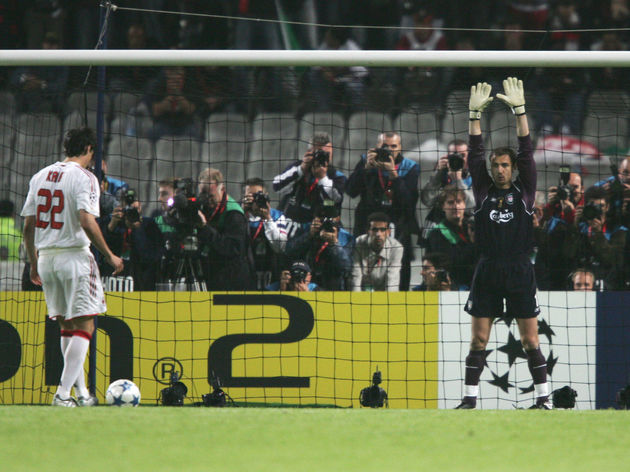 Reds supporters probably still wake up and doubt that this football match actually happened. Demoralised and devastated as the referee signalled for the end of the first 45, surely no one genuinely believed that Steven Gerrard and his teammates could overturn the three-goal deficit.

​Milan had been unplayable in the opening period, yet the​ Serie A giants were swept away by a six-minute blitz from Liverpool soon after the restart. Gerrard, Vladimir Smicer and Xabi Alonso had combined to breathe new life into the side and leave fans dreaming.

Andriy Shevchenko's miraculous miss from point-blank range will have had some thinking it was written in the stars for the Reds. When the Ukrainian hitman saw his penalty palmed away by Jerzy Dudek later that night, the supporters knew they had witnessed something truly special. 2-0 down less than half-an-hour into the clash with ​West Ham United at the Millennium Stadium, Rafa Benitez would have been wondering if an Istanbul-inspired comeback was necessary for his squad to win the FA Cup.

Though they swiftly pulled one back courtesy of Djibril Cisse and even made it 2-2 through a Gerrard volley, Paul Konchesky's fortuitous lob left Liverpool needing another masterstroke from their captain.

He duly obliged, Gerrard unleashing an arrow that surged beyond Shaka Hislop in the Hammers goal as the clock ticked into the red. Pepe Reina stopped a trio of West Ham spot-kicks to seal victory, though his stupendous efforts were still overshadowed by those of his skipper in normal time. 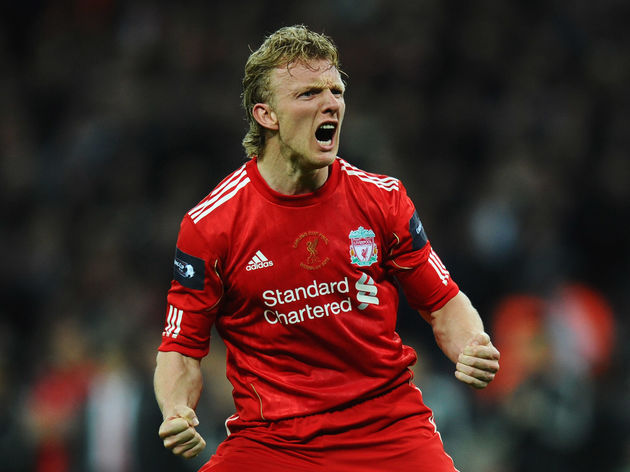 Liverpool's last trophy before a seven-year drought came following a penalty shootout with Championship battlers ​Cardiff City in a match that pitted Gerrard up against his cousin and namesake Anthony.

Bluebirds forward Joe Mason stuck a shot through Reina's legs in the early stages of the encounter. However, the underdogs couldn't hold onto their lead for long enough as Martin Skrtel powered home following pinball in the box.

Dirk Kuyt and Ben Turner exchanged goals in the additional 30, meaning penalties were called upon. Steven Gerrard missed the first for the Reds, but it was inconsequential as Anthony swept wide of the target to confirm the Merseysiders' triumph.

In a frantic and frenetic contest in Turkey, ​Champions League winner came face to face with Europa League winner to decided the destination of the UEFA Super Cup.

It had been suggested that the game didn't really mean anything, yet that did not detract from what was an enthralling spectacle. Chelsea were positive and made inroads, whilst Liverpool showed their class by wrestling themselves back into contention having looked wayward in the first-half.

A double from Sadio Mane and goals from Blues duo Olivier Giroud and Jorginho ensured the match went the distance. All of the Reds' takers were successful, with young Blues striker Tammy Abraham missing the decisive spot-kick on an entertaining night in Istanbul.