If you're the type of person who feels squeamish or uncomfortable around public displays of affection, then look away now - this Liverpool love-in is about to get hot and heavy.

Klopp's men came so close to ending their long drought without a top-flight trophy last season, but this year they are head and shoulders above the rest of England - 16 points ahead, to be exact. 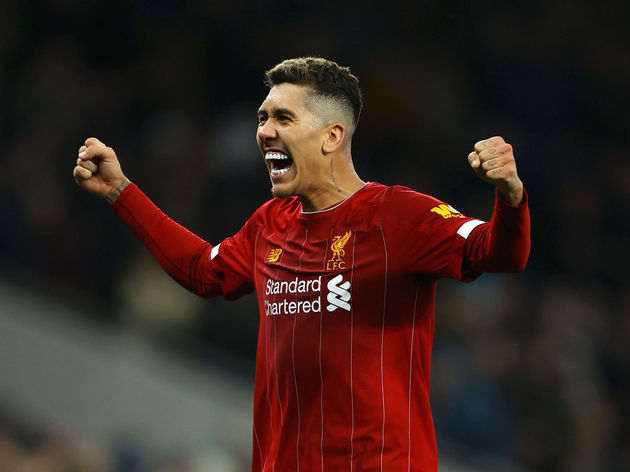 A 16-point lead at any stage of the season is absolutely remarkable. But in the second week of January? That is utterly mind-boggling.

The enigmatic boss admitted that ​he 'couldn't be less interested' in the facts and figures of the season thus far - but fortunately for you guys, we are all about those statistics here at 90min!

A moment's applause for our hard-working friends at ​Opta for providing us with these beauties.

The most impressive feat of the decade was achieved by the Reds on Saturday, as their victory over ​Spurs meant that Klopp's clobbering clan

20 wins and one draw. ONE DRAW. Against ​Manchester United, too. That result must keep Klopp awake at night. With any unbeaten start to a season, talk of an 'invincible' team begins to bounce around. Well, with 17 games left to play, Liverpool would only need another six victories to match the number of wins Arsenal accrued in their unrivalled 2003/04 undefeated campaign.

Speaking of invincibles, the Reds have in fact successfully faced the last 38 matches without defeat, picking up

Tottenham have lost 16 matches in that period. Woof.

raining down on Anfield this season, but the goals are also crashing in for the Merseysiders. Whatever happens, this team will go down as one of the best to ever grace the game we love, and there is only one man to thank for this relentless winning-machine.