​The latest news to come from the

The former ​Southampton captain has endured a catalogue of injuries across the last couple of seasons and has managed only 18 Premier League appearances for Liverpool since the beginning of the 2016-17 campaign. 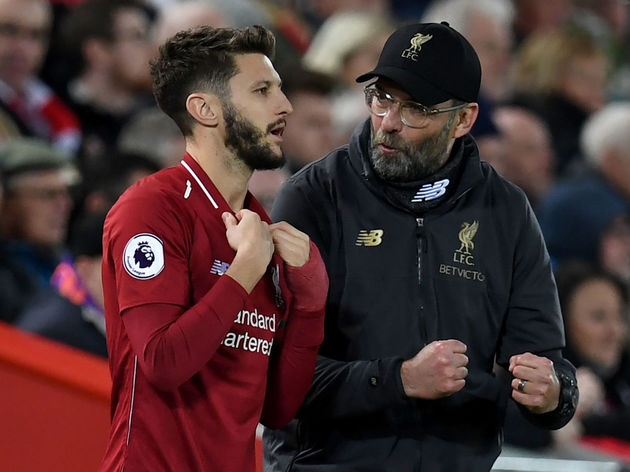 Klopp has now revealed that the 30-year-old won't be fit before the club's 11-day break at the end of this month, as quoted by Th​e Liverpool Echo:

As a result, Liverpool fans have taken to Twitter to voice their opinions on Lallana's latest injury - with a number of jabs being taken at the versatile midfielder.

Is Adam Lallana made from crisps?

According to Klopp Adam Lallana could be out for up to 1 month, as he suffered a knock in the training before the Wolves match

Adam Lallana's cycle in the last two and a half years:

Despite his issues, Klopp still appears to have faith in Lallana - with the German seemingly hopeful that he can shape up and take part in the final stages of the season as Liverpool push towards a first Premier League title.

Liverpool manager Jurgen Klopp insisted Adam Lallana still has a role to play for the Premier League leaders despite the midfielder's injury woes.

Lallana, 30, only made three starts in all competitions last season, and he has managed that same number so far this campaign. pic.twitter.com/t8azORPZOf