"As soon as the club came to me, it was a no-brainer for me – I want to stay here, so as soon as they put an offer on the table it was signed as quickly as that," Robertson told Liverpool's official website after putting pen to paper.

“It was a pretty easy contract for me and I’m sure for the club as well. We both agreed very quickly, that’s why it’s been done so quickly."

Robertson becomes the latest Liverpool player to commit his future to the club after Roberto Firmino, Sadio Mane, Mohamed Salah and Joe Gomez all did so in 2018.

Liverpool's other full back, Trent Alexander-Arnold, is expected to follow suit by also signing a contract extension which will reflect his importance to the team. 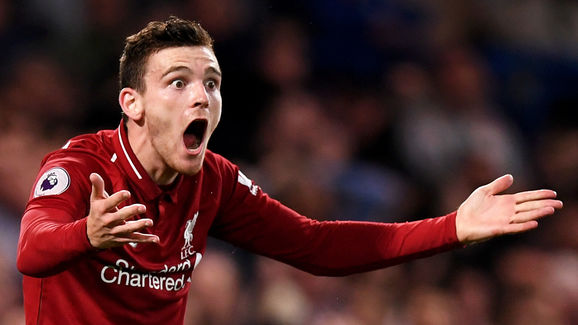 When Liverpool signed Robertson from recently-relegated Hull for £8m, many people considered it an underwhelming signing which would not be much of an improvement on Moreno.

Robertson had to patient initially, with Moreno keeping his spot at left back until sustaining an injury in December. Robertson came into the side and quickly established himself as a fans' favourite thanks to performances like the one against Manchester City in January 2018.

As well as becoming indispensable to Liverpool, Robertson was also appointed Scotland captain in September last year, leading his country to the UEFA Nations League play-offs.